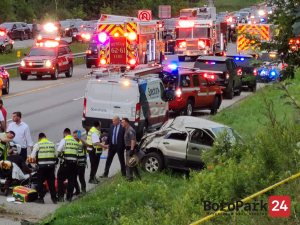 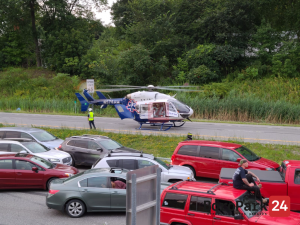 An auto accident on Route 17 near Sands Road between exits 118 and 119 in the town of Wallkill closed traffic in both directions as police, ambulances and other emergency personnel treated and evacuated the injured.

Police reported that two people were pronounced dead at the scene, and a medivac helicopter was used to transport two seriously injured to the hospital. Another seven people were taken to local hospitals for treatment.

Hatzalah assisted on the scene, and Boro Park 24 reported that Chessed Shel Emes was not needed.

Drivers are advised to avoid the area until the police investigation is complete and vehicular traffic returns to normal.