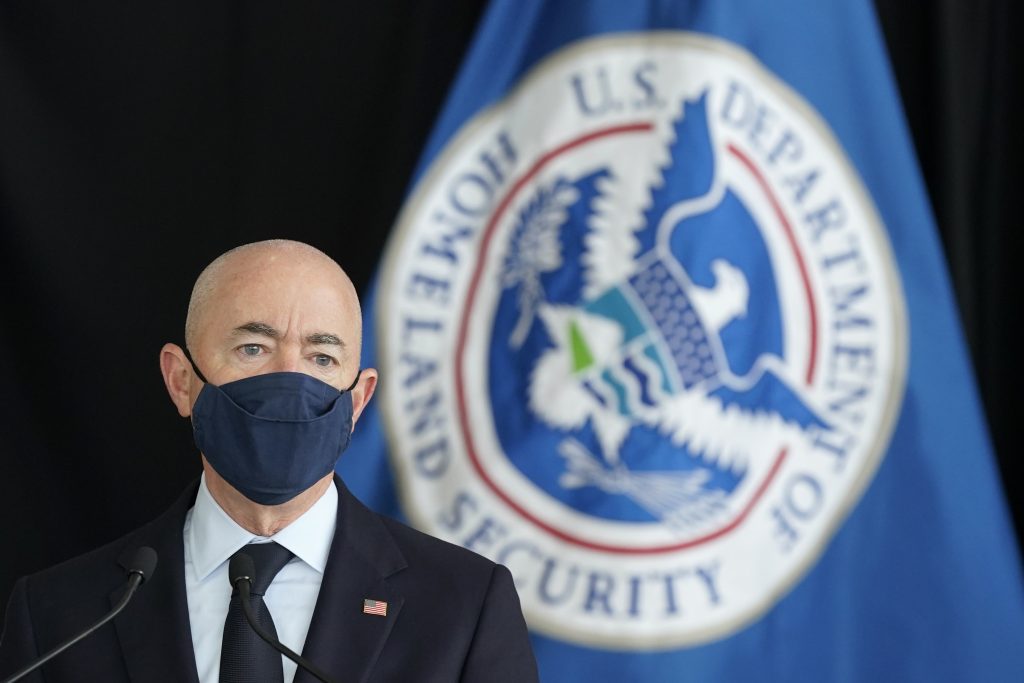 Secretary of the Department of Homeland Security Alejandro Mayorkas said that domestic extremism is the department’s “one of our highest priorities” in a television interview.

“Domestic violent extremism is the greatest terrorist-related threat we face on the homeland,” he said, Newsweek reported.

He cited the $77 million in grants from the recently-created Center for Prevention Programs and Partnership (CP3) as a major investment in fighting domestic terrorism.

“We are doing so much to address this really grave threat,” he said, adding the department was itself scrutinizing its ranks to ensure “that our personnel uphold our values and represent the best of our nation.”

He demurred when pressed on why the Department was seemingly caught off guard on January 6, despite the social media chatter by extremist groups that indicated elaborate plans to attack the Captiol.

Mayorkas said the threat of domestic terrorism does not look like the organized foreign terrorism that America has encountered since 9/11.

“I think there’s one thing, a very important thing, that the American public should know—that these are not really well-organized groups that are hierarchical in nature as one might think of a terrorist organization in the foreign terrorist traditional sense,” Mayorkas said.

“These are often loosely affiliated, individuals or sole actors, really motivated by false narratives and ideologies of hate and the like. And that’s what makes it challenging as well for law enforcement.”

He said that ransomware and cyberattacks are the latest frontier for terrorism and crime, with a rise of 300%. Since the pipeline attacks in May that halted fuel transpiration for several days, Myorkas said his department was working with companies to improve their cybersecurity systems.

“We are only as strong as our weakest link,” Myorkas warned. “We’re working with our critical infrastructure partners,” tech companies and their platforms, private security firms, and informing citizens on how to be safe online.

He said everyone with smartphones and emails should make sure to set up strong passwords and to not open any file or click any link sent by any unknown number.