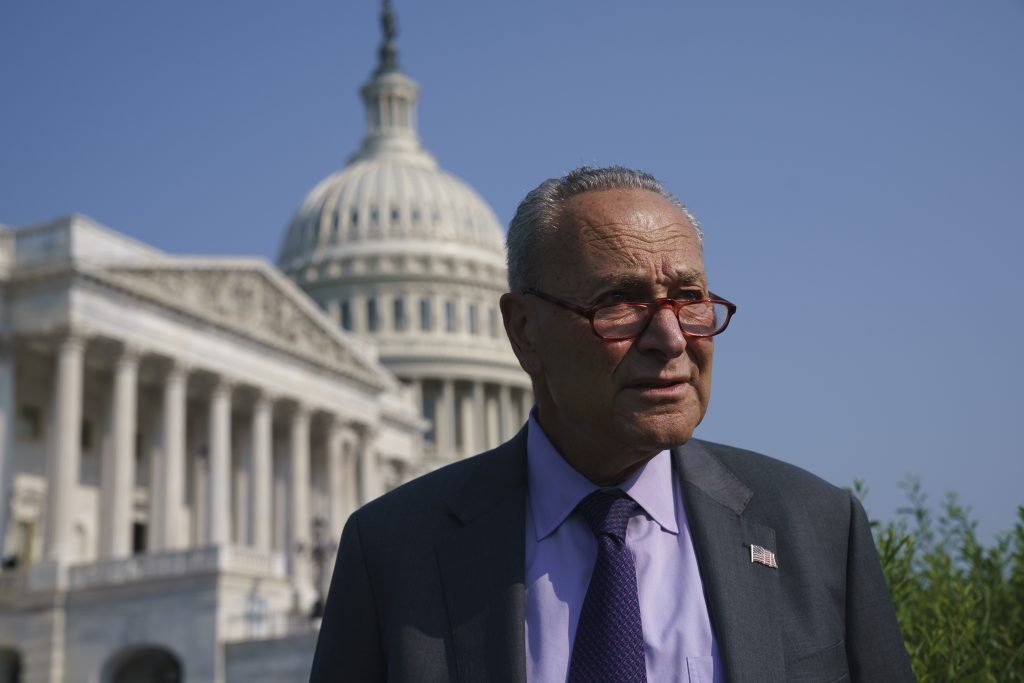 Senate Majority Leader Charles Schumer said the Senate is “on track” to pass a bipartisan infrastructure agreement and a separate $3.5 billion budget resolution before their summer recess, the Hill reported.

“Despite some bumps in the road, always expected on two bills as large and comprehensive as these, we remain firmly on track to achieve our two-track goal,” Schumer told reporters.

A bipartisan group of senators are have released the full text of their agreed $1.2 trillion infrastructure package, which includes $550 billion in new spending on roads, electrical grids, bridges, and waterworks. 17 Republicans joined all of the Democrats to vote on moving the bill forward. The Infrastructure Investment and Jobs Act is roughly 2,700 pages, and senators are expected to begin amending it soon. The final version is not expected to stray from the outline the senators and the White House agreed on.

Republican Rob Portman said the final package will be “great for the American people.”

Schumer stressed that the Senate won’t rest on its laurels once the infrastructure bill is passed, but turn to the budget. He said he would bring up a budget resolution that will lay out a $3.5 trillion spending package which includes Democrat goals such as expanding Medicare.

“After the bipartisan infrastructure legislation passes this chamber, I will immediately move to the other track, passing a budget resolution with reconciliation instructions,” he said.

The Democrat’s slim majority would need total unity to pass the budget resolution, but three moderate Democrats have voiced concerns over the price tag.

Joe Manchin of West Virginia, told a reporter, “I have not guaranteed anybody on any of these pieces of legislation. Would we like to do more? Yes, you can do what you can pay for. This is paid for. Our infrastructure bill is all paid for. We don’t have a debt, that we’re going to incur more debt in throwing onto it.”