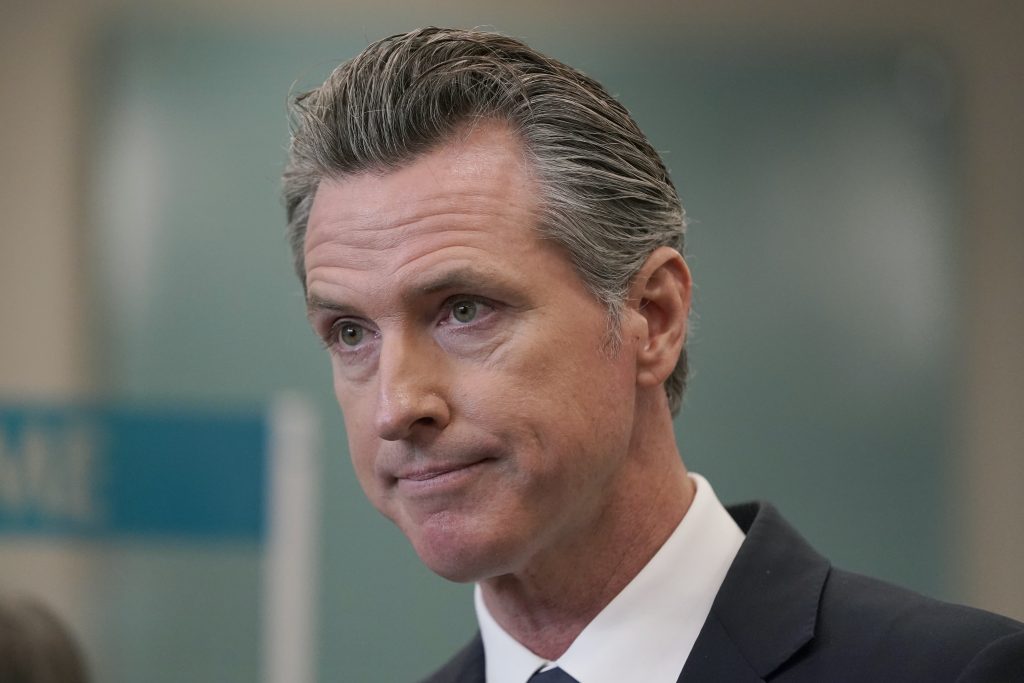 California could witness a stunning turnabout in a nation of deeply polarized politics if the liberal state dumps Democratic Gov. Gavin Newsom and elects a Republican to fill his job in a September recall election.

With the country’s political center largely vanished, it’s rare to see governors win elections on adversarial ground, making the notion of a Republican upset in one of the nation’s Democratic strongholds seem implausible. Republicans haven’t won a statewide race in California since 2006.

But there are exceptions: Republican governors have defied the odds in solidly Democratic territory — Vermont, Massachusetts and Maryland. Their success looks even more striking when considering those states delivered the largest percentage victories for Joe Biden in the presidential election last year.

That could provide a dose of encouragement for Republican recall candidates, but the circumstances don’t square neatly with California, starting with the unavoidable shadow of former President Donald Trump.

“All three of those governors are pretty significant critics of Donald Trump,” noted Kyle Kondik, an analyst at the University of Virginia Center for Politics.

In California, the leading GOP candidates have supported or have ties to Trump, who is widely unpopular in the state outside his conservative base. Trump lost California to Biden by over 5 million votes.

Newsom’s campaign is anchored to the slogan “stop the Republican recall” — an attempt to cast the election as a solely partisan effort, which it is not. Newsom’s chief political strategist routinely tweets a 2019 photograph of Republican candidate Kevin Faulconer, the former San Diego mayor, beside Trump at his desk in the Oval Office.

In California, “I think it would be hard to pitch yourself as a national kind of Republican” with Trump still exercising broad influence, Kondik added.

Marshall Cohen, political director at the Democratic Governors Association, said the California race is entirely different than the elections in Vermont, Massachusetts and Maryland.

Those governors “have been able to strongly push back against Trump and create political profiles outside the modern Republican Party,” Cohen said.

In an interview, Cox disputed that Trump was a force in the recall election, saying momentum to oust Newsom is coming from frustration with rising crime rates, water and energy shortages and the return of coronavirus restrictions.

“I’m my own person, and this race is not about Trump,” Cox said, arguing that Newsom is trying to use the former president as a political wedge “to get people angry all over again.”

Elder, who is Black, has said that to Newsom’s campaign, “everything is racism, dividing Americans.”

In Massachusetts, Baker has sought to avoid the divide of national politics and work across the political aisle, said his political adviser, Jim Conroy.

In an era of harsh partisanship in Washington, “it’s that difference that makes him appealing to people,” Conroy said.

With many voters unsettled by the pandemic and the status quo in Sacramento, Conroy thinks Republicans have an opening in California. If a candidate pairs a fiscally conservative agenda with calls for bipartisan solutions, “anyone can win with that message,” he said.

Vermont’s Scott also supports Roe vs Wade, while Hogan has made his mark by focusing on taxes and the economy, largely steering around entanglements on social issues.

Among leading Republican candidates in California, their core message is reversing the progressive policies on school choice, virus restrictions and just about everything.

Some, however, also have spoken out on cultural issues: Elder and state Assemblyman Kevin Kiley have derided critical race theory, which centers on the idea that racism is systemic in the nation’s institutions and that they function to maintain the dominance of white people in society.

There are other differences with California. Despite Democratic leanings, Eastern states have a history of electing moderate Republican governors, while California has been growing increasingly Democratic. GOP voter registration has withered to 24% statewide.

There also are quirks to the California recall election that could set the stage for an unexpected finish.

Recent polling suggests the race is tightening. Those surveys also point to a vexing trend for Democrats, whose voters appear to be blasé about the election.

In a recall, voters will be asked two questions: First, should Newsom be removed, yes or no? The second question will be a list of replacement candidates from which to choose. If a majority of voters approve Newsom’s removal, the candidate who gets the most votes on the second question becomes governor.

With 46 replacement candidates on the ballot, it’s possible a winner could emerge with as little as 20% of the vote should Newsom be recalled — a fraction of what a candidate would need in a typical statewide election.

It’s also allowed Republicans to largely target their campaigns at Republicans and right-leaning independents, which could provide a sufficient coalition to win in the Sept. 14 election.

Cox, a multimillionaire real estate investor, says he sees himself in the mold of Hogan or Baker who “ran for governor as business guys.” California is under siege from homelessness, the rising cost of living and energy shortages, and “those are not cultural issues,” he said.