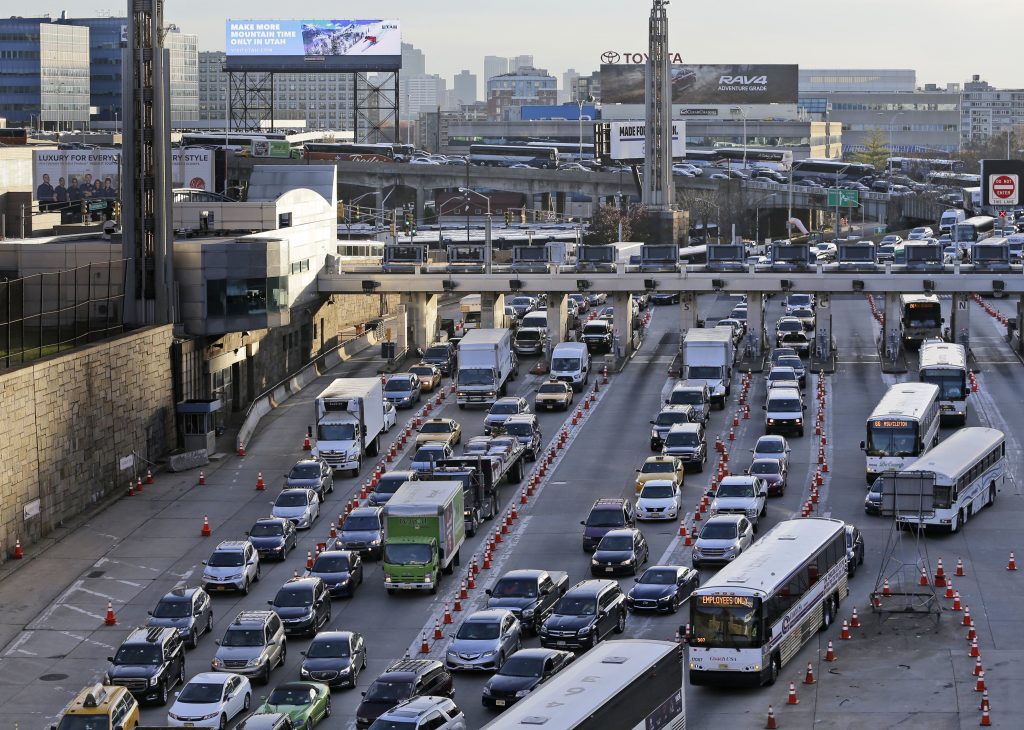 Vehicle traffic between New Jersey and New York City is approaching pre-pandemic levels while public transit ridership continues to lag, according to numbers released Wednesday by the Port Authority of New York and New Jersey that reflect a regional trend.

Overall traffic at the Port Authority’s four bridges and the Lincoln and Holland tunnels was down about 2% last month compared to June 2019, with truck traffic showing a 7% increase. Crossings at the George Washington Bridge, the heaviest-traveled span, dipped from January to February this year then rose more than 35% through May.

New York’s Metropolitan Transportation Authority has reported similar trends in recent months as subway and bus ridership remains below 50% of pre-pandemic levels. Officials are concerned that public transit ridership may not rebound for years due to concerns over the coronavirus and more people being able to work from home, and that that could lead to increasing gridlock.

The Port Authority on Wednesday also reported passenger volumes at JFK, Newark Liberty International and LaGuardia airports was down about 62% in the first six months of 2021 compared to 2019, though June’s numbers were down 47%.

The ports that make up the Port of New York and New Jersey complex continued to handle high cargo volumes and have now had 11 consecutive months of growth, according to the Port Authority. They set an all-time container record in June with roughly 750,000 20-foot equivalent units handled.