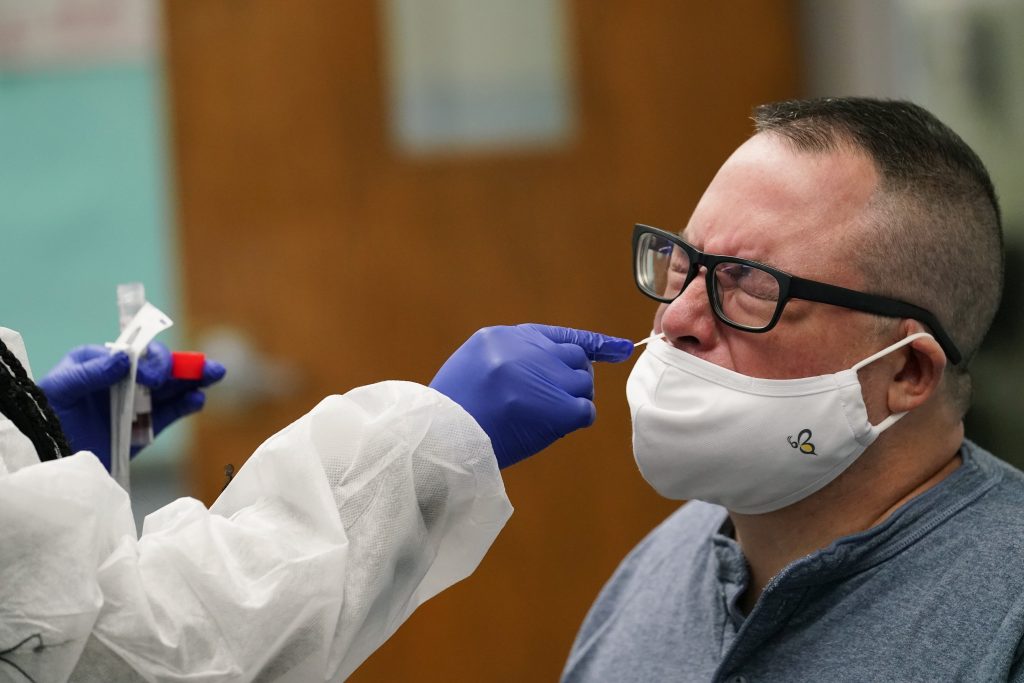 Mandating either COVID-19 vaccinations or weekly testing for the virus should give vaccine-hesitant New York City employees a strong incentive to get inoculated, Mayor Bill de Blasio said Tuesday.

“I want to emphasize that that either-or really creates a positive pressure for vaccination because it will be the responsibility of the employee to get tested on a regular basis, and that comes with its own challenges,” de Blasio said on a television interview.

De Blasio, a Democrat, announced Monday that every city employee will have to either be vaccinated against COVID-19 or get tested weekly starting in mid-September. Officials in California announced a similar mandate for state employees.

The new vaccine-or-test rules come as the highly contagious delta variant of the coronavirus is pushing caseloads up in New York and across the country. Health officials say the variant makes up about seven in 10 new cases in New York City. Meanwhile, the number of vaccine doses being administered daily in the city has dropped to less than 18,000, down from more than 100,000 in early April.

Unions representing some New York City employees pushed back on Monday’s announcement that their members would have to either provide proof of vaccination or get tested weekly.

De Blasio said the city has a right to impose the new rule, which should motivate employees to schedule their shots.

“Just get vaccinated,” de Blasio said Tuesday. “Get it done, be safe, help your colleagues be safe, don’t have to go through the hassle of weekly testing.”