Israel Health Ministry Chief: Time Not on Our Side in Current COVID Wave
CoronavirusIsrael 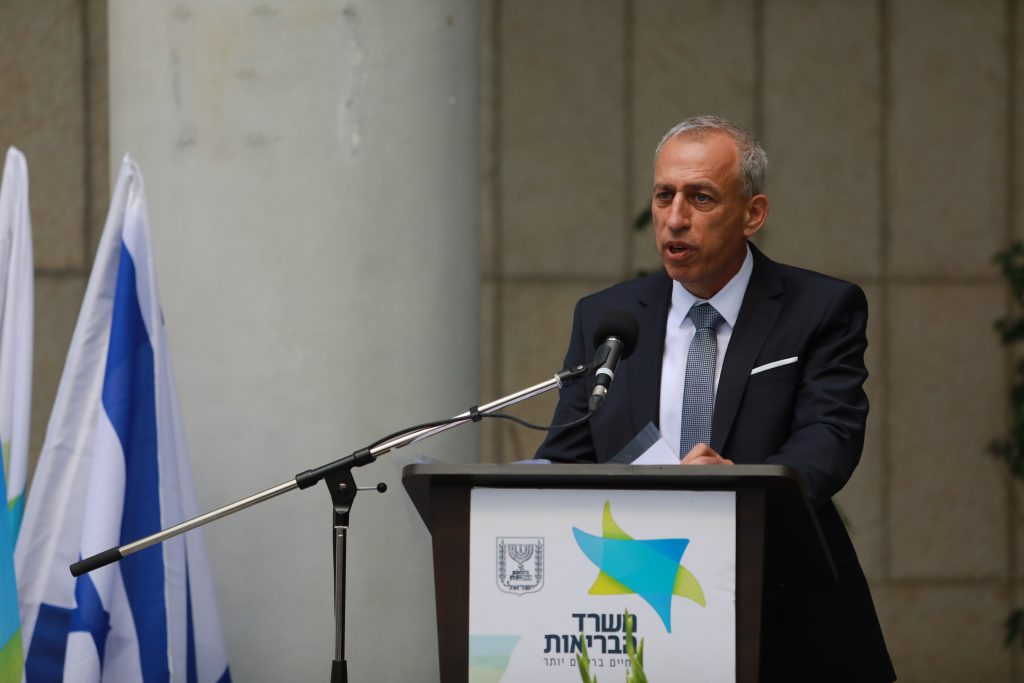 Health Ministry Director-General Nachman Ash said that Israel is analyzing data to see whether to offer third coronavirus vaccine dose. “If there is a way to protect the population with a booster shot, this must be done,” he said.

Addressing a conference on safety and quality of care in the health system on Tuesday, Professor Ash said: “At this time, we are weighing giving a booster shoot – a third vaccine dose. We will make a responsible decision based on the analysis of morbidity data and infections among the vaccinated. We are analyzing this data, again and again, to conclude as to whether there is a decrease in the efficacy of the vaccine over time,” he said.

Ash noted that “because we were the first in the world to vaccinate, we have no one to learn from. This despite the fact we are in touch with the Brits and the CDC [US Centers for Disease Control], but they vaccinated more extensively later on.”

He emphasized: “We must rely on our data. Time is not on our side. If there is a way to protect the population with a booster shot, this must be done, and the decision is a complicated one.”

Earlier this month, the Health Ministry gave a green light for health providers to give booster shots to those who are immunocompromised as early as four weeks after their second dose.

The ministry said that there was a growing body of evidence that such groups do not develop enough antibodies after only two doses.

According to the IDF Military Intelligence Directorate’s national coronavirus information center, the continued increase in morbidity levels could overwhelm hospitals in the coming weeks.

“The reproduction rate remains high and reflects a doubling of the number of confirmed cases and patients among them every seven to 10 days,” the center said.

In a meeting with hospital directors Tuesday, Ash said his assessment was morbidity levels would continue to climb. According to a scenario presented by Ash, Israel would reach 800 seriously ill patients and a reproduction rate of 1.35 in September. In a worst-case scenario, Israel could see 1,800 people in serious condition with the coronavirus.

Commenting on the consistent increase of seriously ill patients in recent weeks, Ash said: “This is the fourth wave. That is clear.”

Meanwhile, eight localities have been designated “red” according to the government’s traffic-light program for ranking cities according to infection rates. Fifty-four localities are “orange,” while 131 are “yellow.”