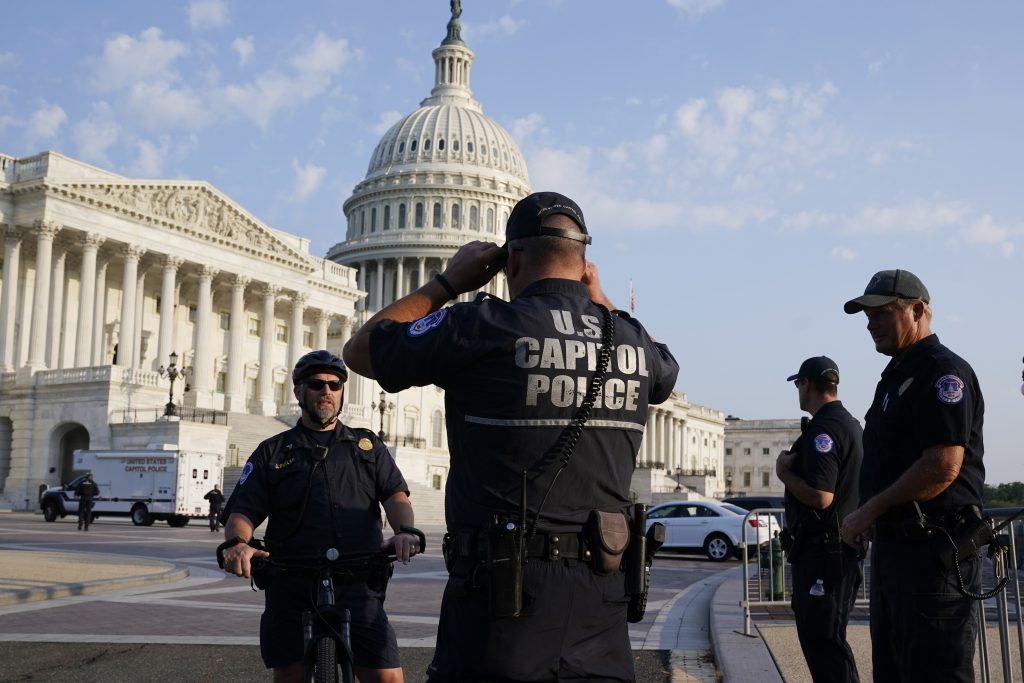 Democrats are launching their investigation into the Jan. 6 Capitol insurrection Tuesday with a focus on the law enforcement officers who were attacked and beaten as the rioters broke into the building — an effort to put a human face on the violence of the day.

The police officers who are scheduled to testify endured some of the worst of the brutality. They were punched, trampled, crushed and sprayed with chemical irritants. They were called racial slurs and threatened with their own weapons as the mob overwhelmed them, broke through windows and doors and interrupted the certification of Democrat Joe Biden’s presidential win.

“We’re going to tell this story from the beginning,” said Maryland Rep. Jamie Raskin, a Democrat who sits on the new House panel that is investigating the attack. “The moral center of gravity is these officers who put their lives on the line for us.”

In previous interviews, Dunn has said that attackers yelled racial slurs and fought him in what resembled hand to hand combat as he held them back. Gonell, an Iraq veteran, detailed surgery on his foot and injuries from which he struggled to recover. Fanone has described being dragged down the Capitol steps by rioters who shocked him with a stun gun and beat him. Hodges was beaten and crushed between two doors, and his bloody face and anguished screams were caught on video.

The panel’s first hearing comes as partisan tensions have only worsened since the insurrection, with many Republicans playing down, or outright denying, the violence that occurred and denouncing the Democratic-led investigation as politically motivated. Democrats now want to launch the probe — and win public support for it — by reminding people how brutal it was, and how the law enforcement officers who were sworn to protect the Capitol suffered grave injuries at the hands of the rioters.

The chairman of the committee, Mississippi Rep. Bennie Thompson, says the hearing will “set the tone” of the probe, which will examine the right-wing groups involved in coordination before the attack, white supremacists among them.

It will also look at the security failures that allowed hundreds of people to breach the Capitol and send lawmakers running for their lives.

Wyoming Rep. Liz Cheney, one of two Republicans on the panel, will give opening remarks after Thompson — an effort by Democrats to appear as bipartisan as possible. The House Republican leader, Kevin McCarthy, withdrew the participation of other Republicans last week after Pelosi rejected two of them, saying their “antics” in support of Trump, and his lies that he won the election, weren’t appropriate for the serious investigation.

Monday evening, the House voted against a resolution offered by the GOP leader to force the members to sit on the panel.

McCarthy has stayed close to Trump since the insurrection and has threatened to pull committee assignments from any Republican who participates on the Jan. 6 panel. On Monday, he called Cheney and Illinois Rep. Adam Kinzinger, who is also sitting on the committee, “Pelosi Republicans,” an effort that Cheney immediately called “childish.”

“This is certainly not the time for name calling,” Cheney told ABC on Tuesday. “Those engaging in that just demonstrate yet again they don’t understand, they don’t care about or they are trying to obstruct this investigation into what happened.”

The officers testifying have become increasingly politically active in recent months, and went from office to office in May to lobby Senate Republicans to support an outside commission to investigate the insurrection. The Senate GOP ultimately rejected that effort, even though that panel would have been evenly split between the parties.