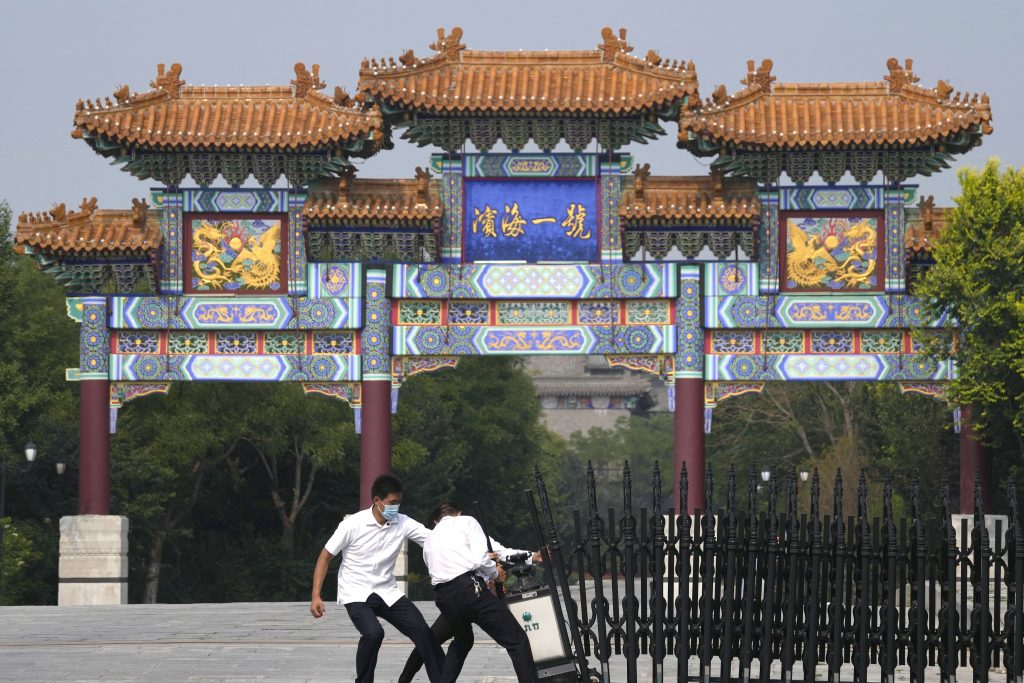 China came out swinging at high-level face-to-face talks with the United States on Monday, blaming the U.S. for a “stalemate” in bilateral relations and calling on America to change “its highly misguided mindset and dangerous policy.”

Vice Foreign Minister Xie Feng accused the administration of President Joe Biden of trying to contain and suppress China’s development, according to an official summary of his remarks in talks with visiting U.S. Deputy Secretary of State Wendy Sherman.

The fundamental reason why relations between the two face serious difficulties is because some Americans portray China as an “imagined enemy,” the Foreign Ministry quoted Xie as saying.

Sherman, America’s No. 2 diplomat, is the highest-ranking U.S. official to visit China since Biden took office six months ago. She was having separate meetings with Xie, who is in charge of U.S.-China relations, and Foreign Minister Wang Yi at a closed-off resort hotel in the city of Tianjin.

Relations between the countries deteriorated sharply under Biden’s predecessor, Donald Trump, and the two sides remain at odds over a host of issues including technology, cybersecurity and human rights.

Xie said China wants to seek common ground while shelving differences, highlighting a divide in the basic approach to their relationship. The Biden administration has said it will cooperate in areas such as climate but confront China in others such as human rights, describing the relationship as collaborative, competitive and adversarial.

In an interview Saturday, Wang accused the U.S. of adopting a superior attitude and using its strength to pressure other countries.

“China would never accept any country that claims to be superior to others,” he told China’s Phoenix news channel. “If the U.S. has not learned to treat other countries equally, China and the international community have the responsibility to help the U.S. learn how to do this.”

Biden administration officials have said the goal of the talks is not to negotiate specific issues but to keep high-level communications channels open. The U.S. wants to ensure that guardrails are in place to prevent competition between the countries from turning into conflict, they said.

A possible meeting between Biden and Chinese President Xi Jinping is expected to be on the agenda, perhaps on the sidelines of the G-20 summit in Rome at the end of October.

A commentary by the official Xinhua News Agency agreed on the need for guardrails but said the U.S. must demonstrate sincerity by ending its attacks on China over the origins of COVID-19, human rights and other issues.

“If Washington keeps believing that it can have Beijing’s cooperation in addressing daunting challenges while at the same time suppressing China, it is hugely wrong,” the piece by Xinhua writer Dong Yue said.

Sherman, who arrived Sunday evening from Mongolia, tweeted America’s “heartfelt condolences to those who have lost loved ones” in severe storms and flooding last week that killed at least 63 people in central China’s Henan province.

Sherman travels next to Oman, where she will meet Deputy Foreign Minister Sheikh Khalifa Al Harthy on Tuesday. She met with officials in Japan and South Korea last week.