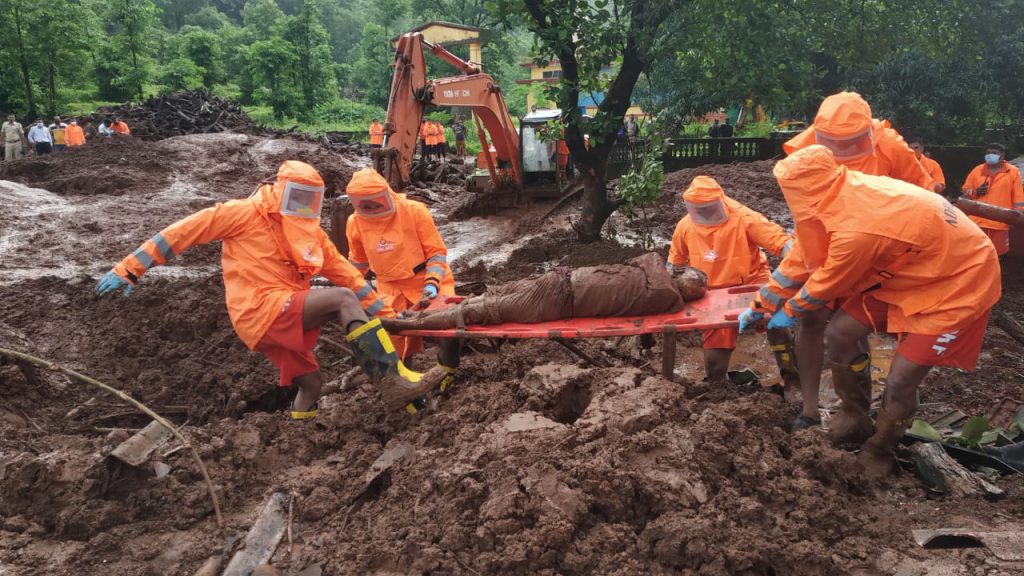 A government spokesperson, Sandhya Garware, said over 130,000 people were rescued from nearly 900 affected villages across the state. Many were stranded on rooftops or atop buses on highways. India’s navy also said it deployed helicopters to evacuate stranded people and sent rescue teams with boats to the region.

Authorities deployed hundreds of rescuers to the affected areas to locate missing people and take the stranded to safety, with scores of soldiers assisting.

Disasters caused by landslides and flooding are common in India during the June-September monsoon season, when heavy rains weaken the foundations of structures that are often poorly built. The monsoon is crucial for rain-fed crops planted during the season, but the rain often causes extensive damage and kills scores of people each year.

Last weekend, more than 30 people were killed in landslides triggered by heavy monsoon rain in and around Mumbai.

Experts say heavy rainfall along India’s western coast is in line with how rainfall patterns have changed in the region in past years due to climate change, as the warming Arabian Sea is driving more cyclones and more intense rainfall over short periods of time.