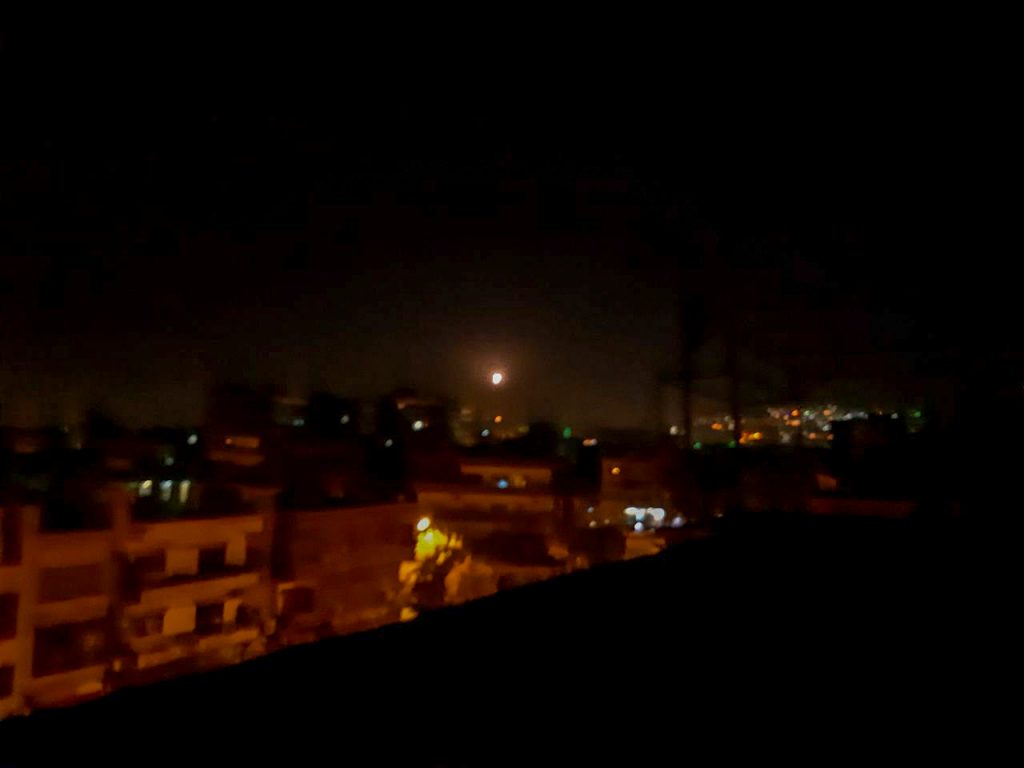 According to the reports, Syrian air defenses engaged fighter jets that entered the country’s airspace from Lebanon.

A Syrian military source said in a statement there was some material damage from the strike and no casualties.

Video footage of the alleged airstrike that claimed to show anti-aircraft missile fire and explosions near the city of Homs was posted on social media. Some online posters claimed the military airport near the city was the target of the attack.

A military source told Syrian state news agency SANA that the attack had caused no casualties, inflicting only material damage.

“At 01:13 am… the Israeli enemy carried out an aerial attack targeting several positions in the Qusayr region of Homs province,” SANA reported, citing the source.

“Our air defenses intercepted the missiles… shooting most of them down,” the military source said.

The Syrian army recaptured Qusayr, a rebel stronghold near the Lebanese border, in 2013 after a blistering 17-day assault led by Hezbollah terrorists. The city was strategically vital for the regime because it links the capital Damascus to the coast.

Seizing the stronghold was a major victory for Hezbollah, which has fought alongside President Bashar al-Assad’s forces.

Israel rarely confirms strikes in Syria, but the IDF has said it hit about 50 targets in the war-torn country last year, without providing details.

Israel has said it is trying to prevent its arch-foe Iran from gaining a permanent military foothold on its doorstep.