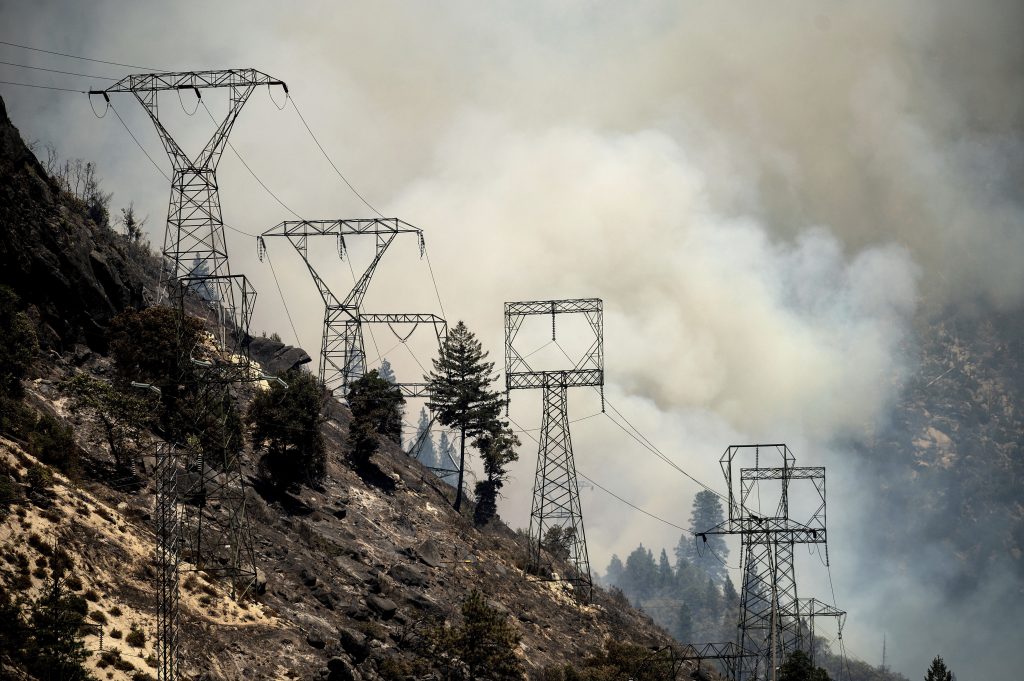 Pacific Gas & Electric plans to bury 10,000 miles (16,000 kilometers) of its power lines in an effort to prevent its fraying grid from sparking wildfires when electrical equipment collides with millions of trees and other vegetation across drought-stricken California.

The daunting project announced Wednesday aims to bury about 10% of PG&E’s distribution and transmission lines at a projected cost of $15 billion to as much as $30 billion, based on how much the process currently costs. The utility believes it will find ways to keep the final bill at the lower end of those estimates. Most of the costs will likely be shouldered by PG&E customers, whose electricity rates are already among the highest in the U.S.

PG&E stepped up its safety commitment just days after informing regulators a 70-foot (23-meter) pine tree that toppled on one of its power lines ignited a major fire in Butte County, the same rural area about 145 miles (233 kilometers) northeast of San Francisco where another fire sparked by its equipment in 2018 killed more than 80 people and destroyed thousands of homes.

Since it started July 13 in a remote area of Butte County, the Dixie Fire has churned northeast through the Sierra Nevada. By Wednesday, the fire spanned a 133-square-mile (344-square-kilometer) area, forcing the Plumas County sheriff on Wednesday to order evacuations along the west shore of popular Lake Almanor.

The backlash to PG&E’s potential liability for the Dixie Fire prompted the company’s recently hired CEO, Patricia “Patti” Poppe, to unveil the plan for underground lines several months earlier than she said she planned.

Previous PG&E regimes have staunchly resisted plans to bury long stretches of power lines because of the massive expense involved.

But Poppe told reporters on Wednesday that she quickly realized after she joined PG&E in January that moving lines underground is the best way to protect both the utility and the 16 million people who rely on it for power.

“It’s too expensive not to do it. Lives are on the line,” Poppe told reporters.

PG&E said only that burying the lines will take several years. However, getting the job done within the next decade will require a quantum leap. In the few areas where PG&E has already been burying power lines, it has been completing about 70 miles (123 kilometers) annually.

PG&E expects to eventually be able to bury more than 1,000 miles (1,600 kilometers) of power lines annually, said its chief operating officer, Adam Wright. While Wright likened the project to the Marshall Plan that helped rebuild Europe after World War II, Poppe invoked President John F. Kennedy’s 1962 pledge for the U.S. to land on the moon.

PG&E’s path to this point has been strewn with death and destruction.

After previous leaders allowed its equipment to fall into disrepair in a apparent attempt to boost profits and management bonuses, the utility’s grid was blamed for igniting a series of devastating wildfires in 2017 and 2018 that prompted the company to file for bankruptcy in 2019.

The biggest fire, in Butte County, wiped out the entire town of Paradise and resulted in PG&E pleading guilty to 84 felony counts of involuntary manslaughter last year just weeks before it emerged from one of the most complex cases in U.S. history.

As part of its bankruptcy, PG&E set up a $13.5 billion trust to pay victims of its past wildfires, but that fund is facing a roughly $2 billion shortfall because half its money is supposed to come from company stock that has been a market laggard.

Since getting out of bankruptcy, PG&E also has been rebuked by California power regulators and a federal judge overseeing its criminal probation for breaking promises to reduce the dangers posed by trees near its power lines. The utility has also been charged with another round of fire-related crimes that it denies committing.

Poppe insisted things are getting better this year under a plan that calls for PG&E to spend $1.4 billion removing more than 300,000 trees and trimming another 1.1 million. But she conceded the utility is “not making enough progress” since it’s only a fraction of that 8 million trees within striking distance of its power lines.