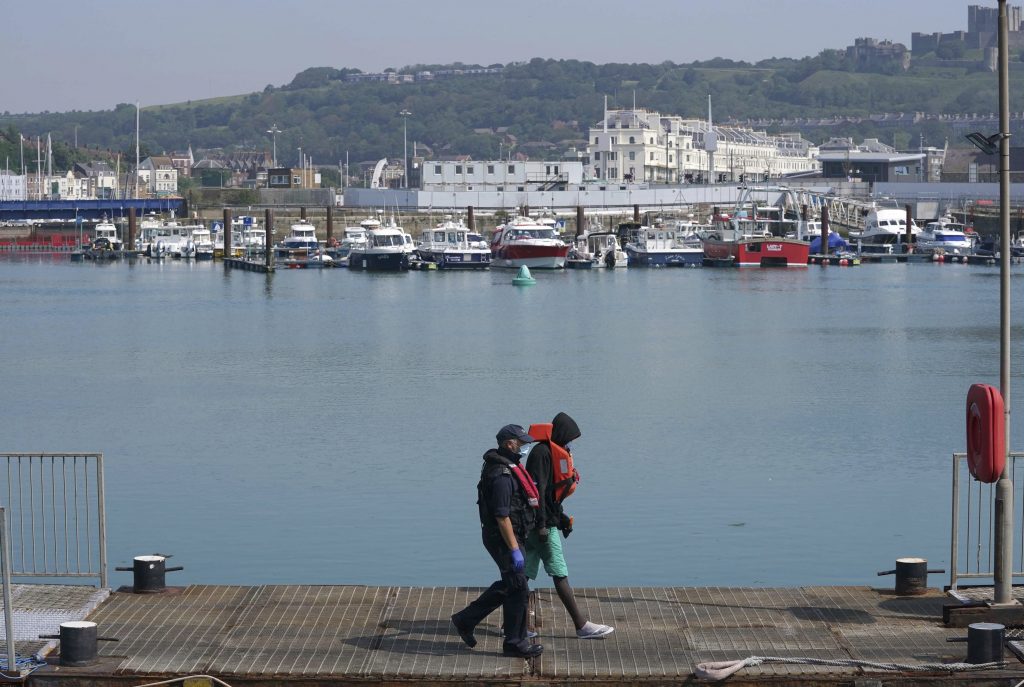 The number of undocumented migrants reaching Britain in small boats this year has surpassed the total for all of 2020, as people smugglers take advantage of good weather to cross the English Channel from France.

As of Tuesday, at least 8,452 migrants had landed on U.K. shores in 2021. That compares with 8,417 people who crossed the Channel last year, according to data compiled by Britain’s Press Association.

The British government is working with authorities in France to increase the number of police patrolling French beaches for the second time in a year to try and stop migrants from making the crossing. Britain will provide 54 million pounds ($73 million) to support the French efforts.

Bolstering the number of police, as well as investing in technology, will “help to stem the flow of people seeking to make that very dangerous crossing,’’ Safeguarding Minister Victoria Atkins told the BBC.