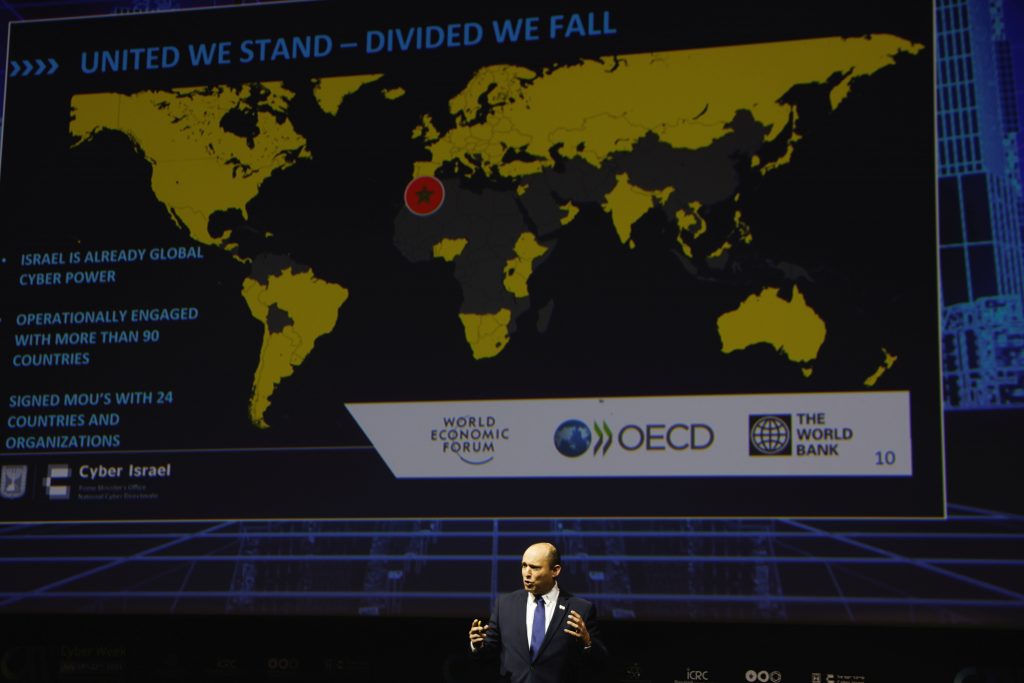 Israel has set up a senior inter-ministerial team to “look into” proliferating allegations that spyware sold by a Israeli cyber firm has been abused on a global scale, an Israeli source said on Wednesday, while adding that an export review was unlikely.

The team is headed by Israel‘s National Security Council, which answers to Prime Minister Naftali Bennett and has broader areas of expertise than the Defense Ministry, which oversees exports of NSO Group’s Pegasus software, the source said.

“This event is beyond the Defense Ministry purview,” the source said, referring to potential diplomatic blowback after prominent media reports this week of suspected abuses of Pegasus in France, Mexico, India, Morocco and Iraq.

On Wednesday, French Prime Minister Jean Castex said French President Emmanuel Macron had called for a series of investigations to be carried out into the Pegasus spyware case.

The phone of Macron was on a list of potential targets for possible surveillance on behalf of Morocco in the Pegasus case, reported French paper Le Monde on Tuesday.

The source, who has firsthand knowledge of the Israeli team and requested anonymity due to the sensitivity of the issue, deemed it “doubtful” that new curbs would be placed on Pegasus exports.

Stopping short of describing the team’s task as a formal investigation, the source said, “The objective is to find out what happened, to look into this issue and learn lessons.”

NSO did not immediately respond to a request for comment. Bennett’s office declined comment. Addressing a cyber conference on Wednesday, the Prime Minister did not mention the NSO affair.

A global investigation published on Sunday by 17 media organizations, led by the Paris-based non-profit journalism group Forbidden Stories, said Pegasus had been used in attempted and successful hacks of smartphones belonging to journalists, government officials and human rights activists.

NSO has rejected the reporting by the media partners, saying it was “full of wrong assumptions and uncorroborated theories.” Pegasus is intended for use only by government intelligence and law enforcement agencies to fight terrorism and crime, NSO said.

Such purposes are also what guide Israel‘s export policy, Defense Minister Benny Gantz said in a speech on Tuesday. But, in a reference to the allegations around Pegasus, he added, “We are currently studying the information published on the matter.”

At the conference, Bennett said Israel has memorandums of understanding with dozens of countries about cyber security, which he wants to upgrade into a “global cyber defense shield.”