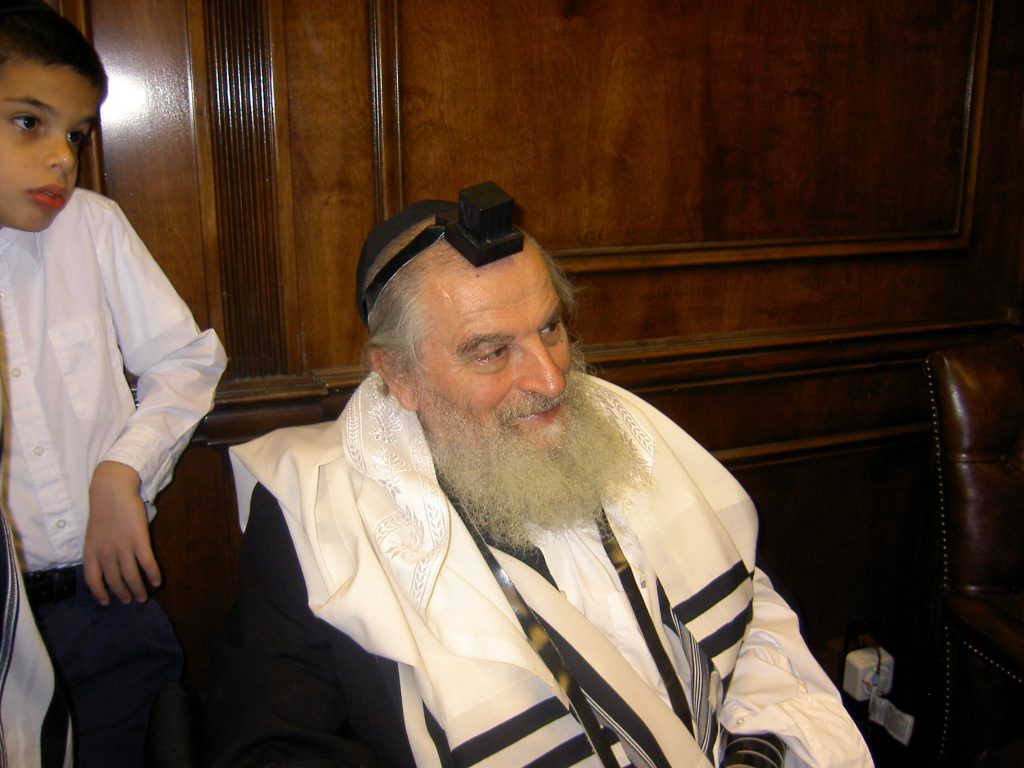 With great sadness Hamodia reports the petirah of Harav Yosef Yitzchok Feigelstock zt”l, one of the leading Roshei Yeshivah of our time.

Harav Feigelstock, a student of Rav Aaron Kotler zt”l, was the long-time Rosh Yeshiva of Mesivta of Long Beach where he taught hundreds of talmidim, and a member of the Moetzes Gedolei HaTorah.

The Feigelstock family lived in Vienna prior to WWII, where their father, businessman who was a talmid chacham, said shiurim every morning and evening, and lectured for several hours each Shabbos as well.

At the onset of WWII, the family escaped to Budapest, and later travelled to England to get further away from continental Europe. While there, they learned in a local yeshivah with other refugees.

In 5700/1940, they were arrested and placed in an internment camp since they were viewed as enemies because they were Austrian nationals. After spending several years in Uruguay, they eventually made their way to North America, and Rav Yitzchak became a talmid at Yeshiva Torah Vodaas.

He developed a close relationship with Harav Gedalia Schorr, zt”l, who invested time and energy in developing his young talmid. “Rav Schorr and Rav Yitzchak would walk in the streets together while speaking in learning, and the relationship appeared to be as if they were peers, although Rav Schorr was the Rebbi,” talmidim of that era recall.

Rav Feigelstock remained in Lakewood from 1948 through 1970, and became a devoted talmid of Rav Kotler. As one of Rav Aharon’s closest talmidim, the Rosh Yeshiva often discussed serious issues with Rav Feigelstock, and referred to him as his pele yoeitz, his wondrous advisor.

After more than two decades in Lakewood, Rav Feigelstock was asked to assume the position of Rosh Yeshiva of the Mesivta of Long Beach, where he lead the yeshiva for nearly half a century.

Eighteen years ago, Rav Feigelstock suffered a debilitating stroke and was no longer able to give daily shiurim. He continued to give periodic shmuezen, including memorable ones delivered to talmidim and alumni before Yomim Tovim, which were later published in Sefer Yehegeh Chachmah.

On Wednesday afternoon at 4:00 p.m., the aron was briefly brought to the home in Long Beach where brief hespedim were delivered.

The levayah will be Thursday morning at 11:00 a.m. in Lakewood, at the Herzka beis medrash , followed by kevurah in the Lakewood beis hachaim.