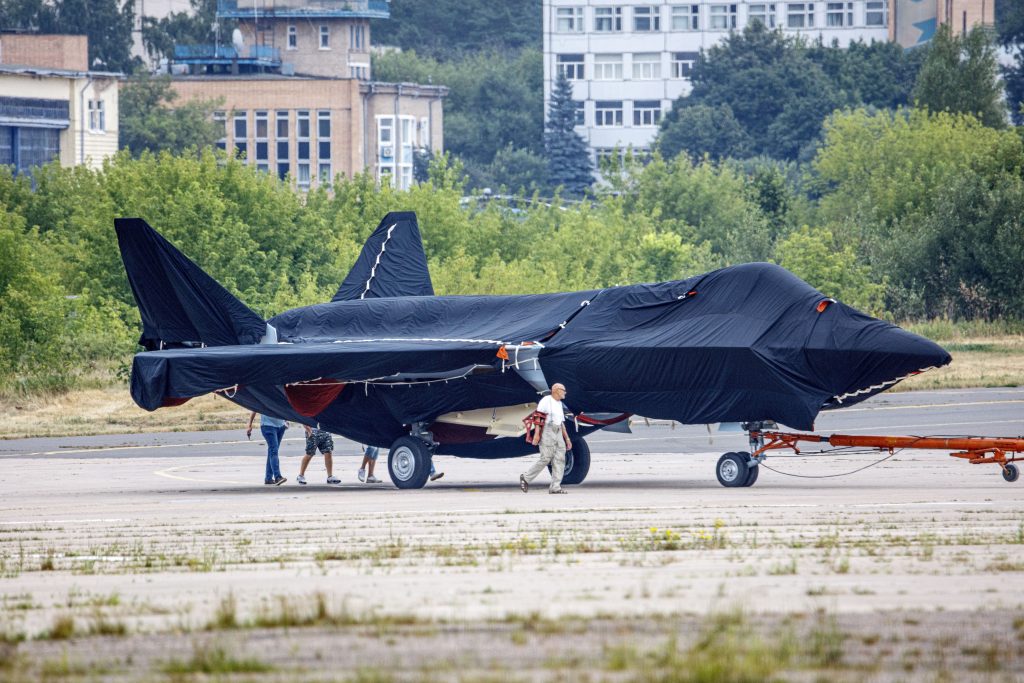 Russian aircraft makers on Tuesday unveiled a prototype of a new fighter jet that features stealth capabilities and other advanced characteristics.

Russian President Vladimir Putin inspected the prospective warplane displayed with much fanfare at the MAKS-2021 International Aviation and Space Salon. The air show opened Tuesday in Zhukovsky, outside Moscow.

Russian aircraft maker Sukhoi developed the new fighter under the LTS program, a Russian acronym for the Light Tactical Aircraft.

Its makers said the prototype is set to make its maiden flight in 2023 and deliveries could start in 2026. They said the new design could be converted to an unpiloted version and a two-seat model.

The new aircraft, which hasn’t received a name yet, is smaller than Russia’s latest Su-57 two-engine stealth fighter, also built by Sukhoi, and has one engine. It can fly at a speed of 1.8-2 times the speed of sound and has a range of 3,000 kilometers (1,864 miles), the jet’s makers said.

Russian state corporation Rostec, which includes Sukhoi and other aircraft makers, has advertised the new plane under the tag Checkmate, an approach apparently intended to underline its superior characteristics.

It said the new warplane belongs to the so-called fifth generation of fighter jets, a definition that assumes stealth characteristics and a capability to cruise at supersonic speed, among other advanced features.