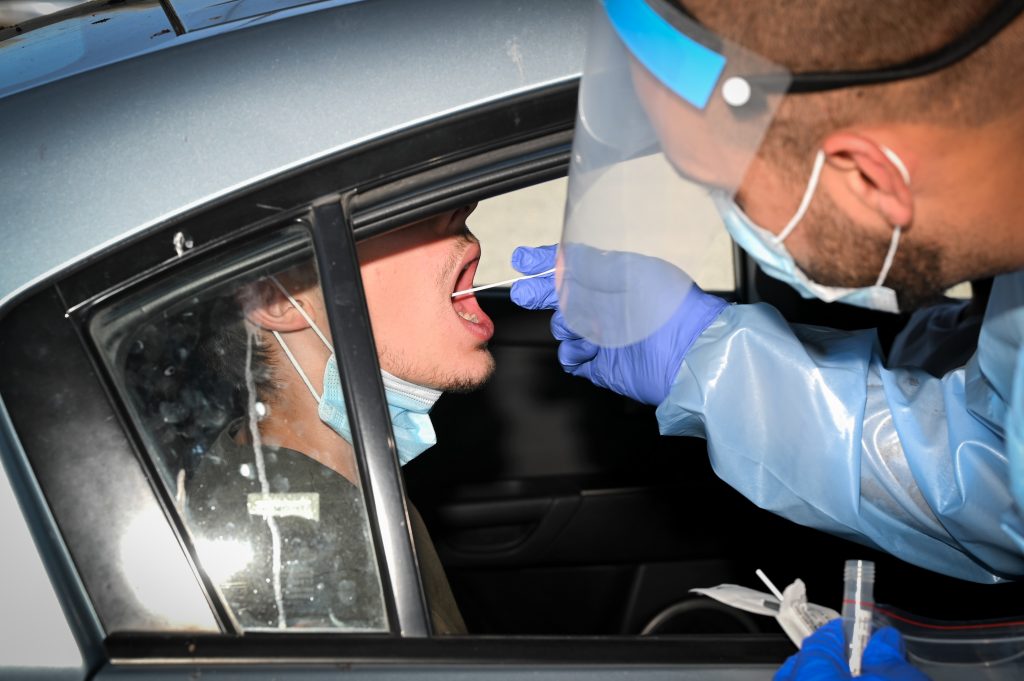 1,372 new cases were registered in Israel on Monday, the highest since mid-March. The rate of tests returning a positive result – 1.87% – also marked a four-month record.

At the same time, the increase in serious morbidity remains limited. Some 62 people were in serious conditions on Tuesday morning, around three times the number in the first half of June, when the number of active cases in the country dropped below 200 – as opposed to the current 8,000 – but four less than 24 hours earlier.

In a press briefing on Monday, Health Minister’s Director General Prof. Nachman Ash said that within two weeks Israel could see as many as 2,000 new daily cases, as well as 30 new serious patients a day shortly thereafter, since the rate of infected individuals who are turning serious stands at about 1.5%.

Israel never registered such a high number of cases in 24 hours in the past – the highest was around 10,000 in a limited number of days at the peak of the pandemic, when there were some 1,200 serious patients, placing an unprecedented burden on the health system.

The Coronavirus Cabinet is set meet on Wednesday to discuss the strategy to contain the current outbreak.

Prime Minister Naftali Bennett and Health Minister Nitzan Horowitz are expected to push to bring back the green pass system for all indoor gatherings over 100 participants, in addition to the “Happy Badge” that will come into effect for weddings and parties on the same day.

The Cabinet is expected to discuss the question of the airport, which is considered a crucial point to limit the entrance of infected individuals and variants into the country.

From his part, Horowitz confirmed that they do not intend to close the airport.

“I believe that the only international airport in Israel has to remain open,” he said, adding that there are other considerations besides health issues.

At the same time though, Horowitz said that the direction they are considering is to require anyone who comes back from abroad to isolate for a certain period, regardless of the country of origin or the immunization status.

At the moment, the minimum quarantine period in Israel is seven days with a negative test at the beginning of the period and on the seventh day, however, according to report, health officials are considering proposing a shorter time, at least for vaccinated/recovered individuals from countries considered at low risk.