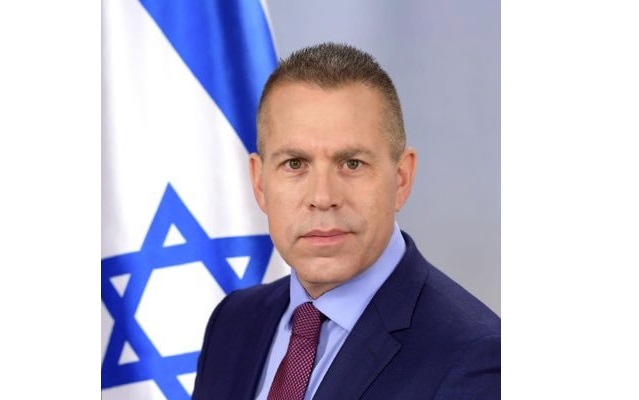 Gilad Erdan, the Israeli Ambassador to the United States and to the United Nations, and Yair Lapid, Israel’s Minister of Foreign Affairs, sent urgent letters to 35 governors of various U.S. states which have enacted anti-BDS laws to urge them to take action against Ben & Jerry’s under state laws enacted in recent years.

Ben & Jerry’s, makers of ice cream. announced that it will no longer sell its products in the eastern part of Yerushalayim and in Yehudah and Shomron.

In his letter, Ambassador Erdan mentioned a similar occurrence from 2018 with Airbnb, which also announced a boycott of Yehudah and Shomron. As Minister of Strategic Affairs at the time, Erdan led a campaign with the governors of various states to pressure Airbnb to reverse its decision, which Airbnb ultimately did. Erdan also noted that not only is the decision antisemitic and anti-Israel, it also harms the Palestinians living in the eastern part of Yerushalayim and in Yehudah and Shomron.

“As Arab nations cancel their decades long boycott of the Jewish state and sign peace agreements with Israel, and cultural and economic cooperation in our region is growing, American companies with radical ideological agendas cannot be allowed to go against the policy of the United States and act against normalization and peace,” the letter stated.

The Ambassador added, “I believe today, as I did back in 2018 when I served as Israel’s Minister of Strategic Affairs, that rapid and determined action must be taken to counter such discriminatory and antisemitic actions. We must stand united and send an unequivocal message that this will not be tolerated.” 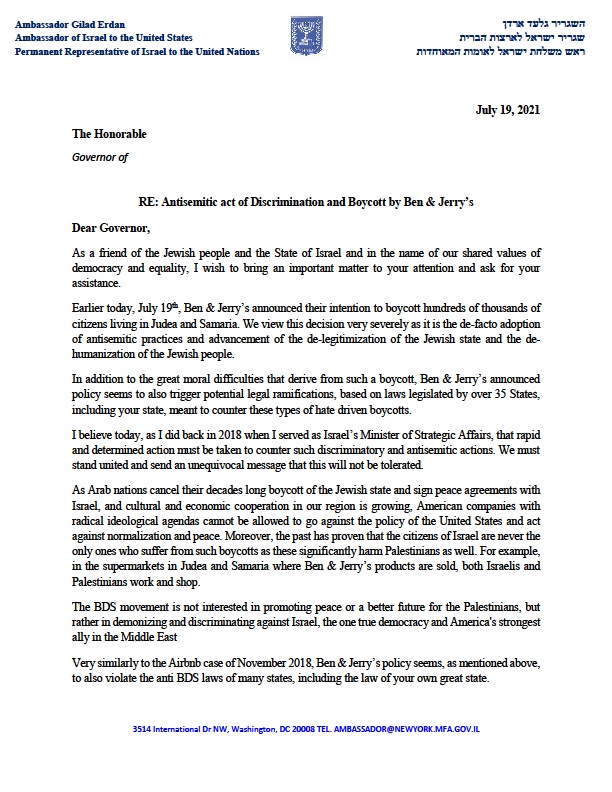