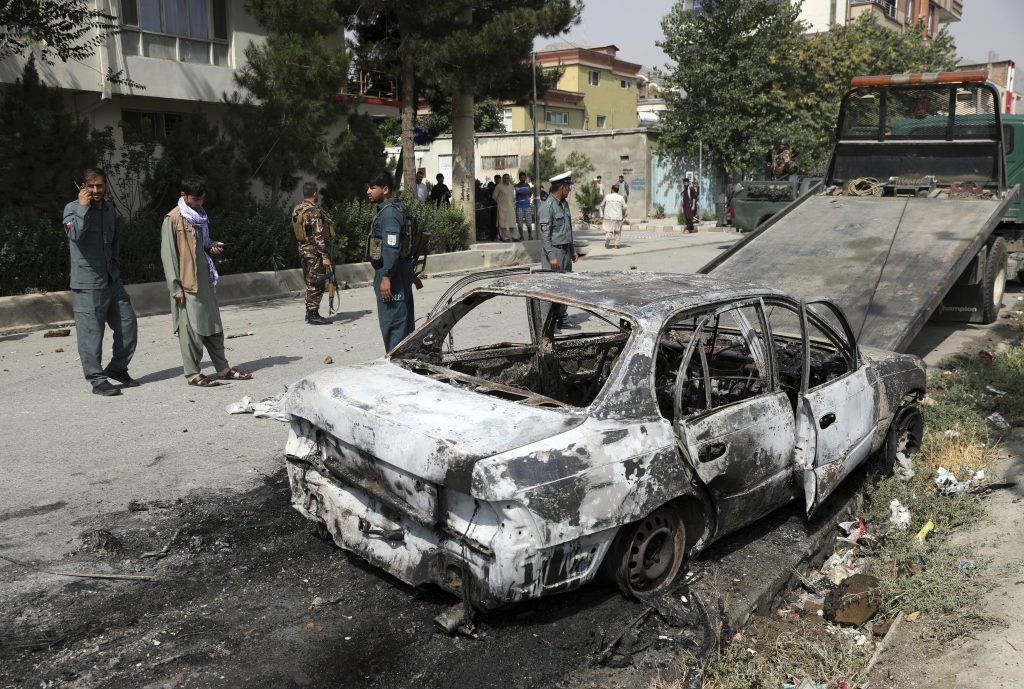 At least three rockets hit near the presidential palace on Tuesday shortly before Afghan President Ashraf Ghani was to give an address to mark the Muslim holiday of Eid al-Adha.

There were no injuries and the rockets landed outside the heavily fortified palace grounds, said Mirwais Stanikzai, spokesman for the interior minister.

No one immediately claimed responsibility for the rocket attack, but police quickly fanned out across the area. One car parked on a nearby street was completely destroyed; the police said it was used as a launching pad for the rockets.

The palace is in the middle of a so-called Green Zone that is fortified with giant cement blast walls and barbed wire, and streets near the palace have long been closed off.

The barrage came as the U.S. and NATO complete their final withdrawal from Afghanistan. Many Afghans are worried whether their war-ravaged country will fall deeper into chaos and violence as foreign forces withdraw and the Taliban gain more territory on the ground, having captured several districts and key border crossings with neighboring countries over the past weeks.

The withdrawal is more than 95% complete and the final U.S. soldier will be gone by Aug. 31, President Joe Biden said in an address earlier this month.