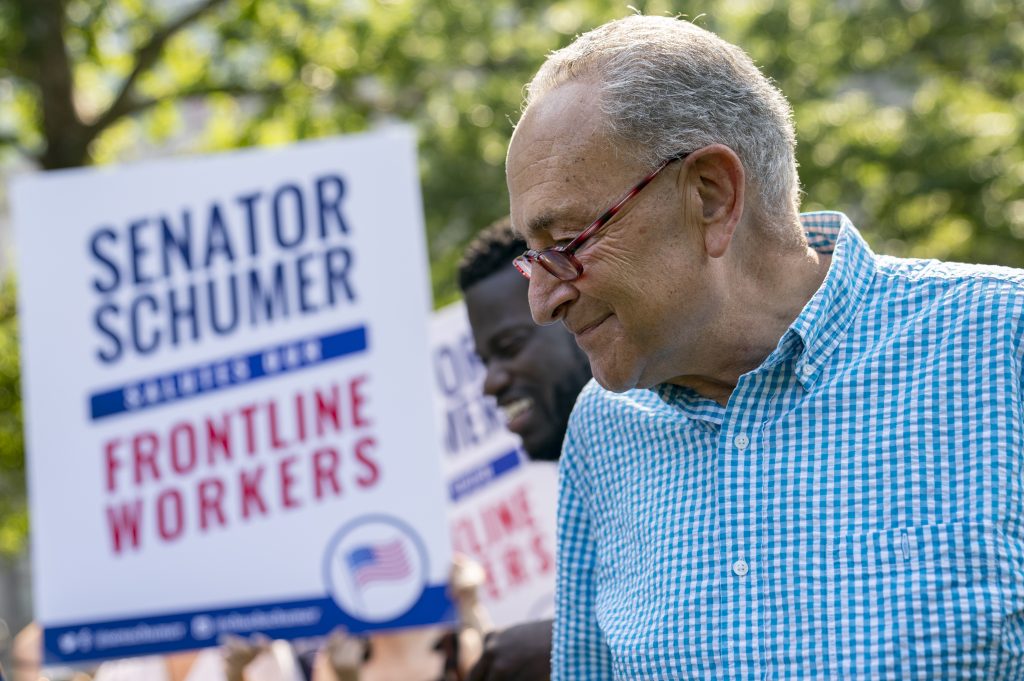 Senator Chuck Schumer called on the State Department to act on what he referred to as “passport purgatory.”

“My office has been deluged with people who have been planning their vacation, who have reservations, who have tickets, and have waited weeks and even months to get passports and visas. So today, we are calling on the State Department to put some more emergency personnel in those two areas,” Schumer said.

In a press conference he held on Sunday in New York, the Democrat Majority Leader was joined by frustrated New Yorkers waiting for their passports, CBS 2 reported. Some of them were hoping to visit family members, some were young couples hoping to celebrate their weddings with a trip, and some were losing business.

“The State Department has been so backlogged because of COVID. People didn’t apply for any visas and any passports while COVID happened, and now there’s a deluge,” the senator said, adding that passport renewals that usually took six weeks are now taking four months, according to WBEN radio.

Schumer said the State Department is keeping people unfairly waiting for weeks if not months on end for their paperwork and their passports, with their long-delayed vacations and family trips held hostage by the department’s slow pace. The State Department is still operating under some pandemic staff restrictions, limiting how much work can be done and how many people can make appointment, the New York Post reported.

He said the department needs to shift workers to focus on speeding up passport renewals, and said increasing funding was an option. The department has said it will hire more staff to tackle the issue.