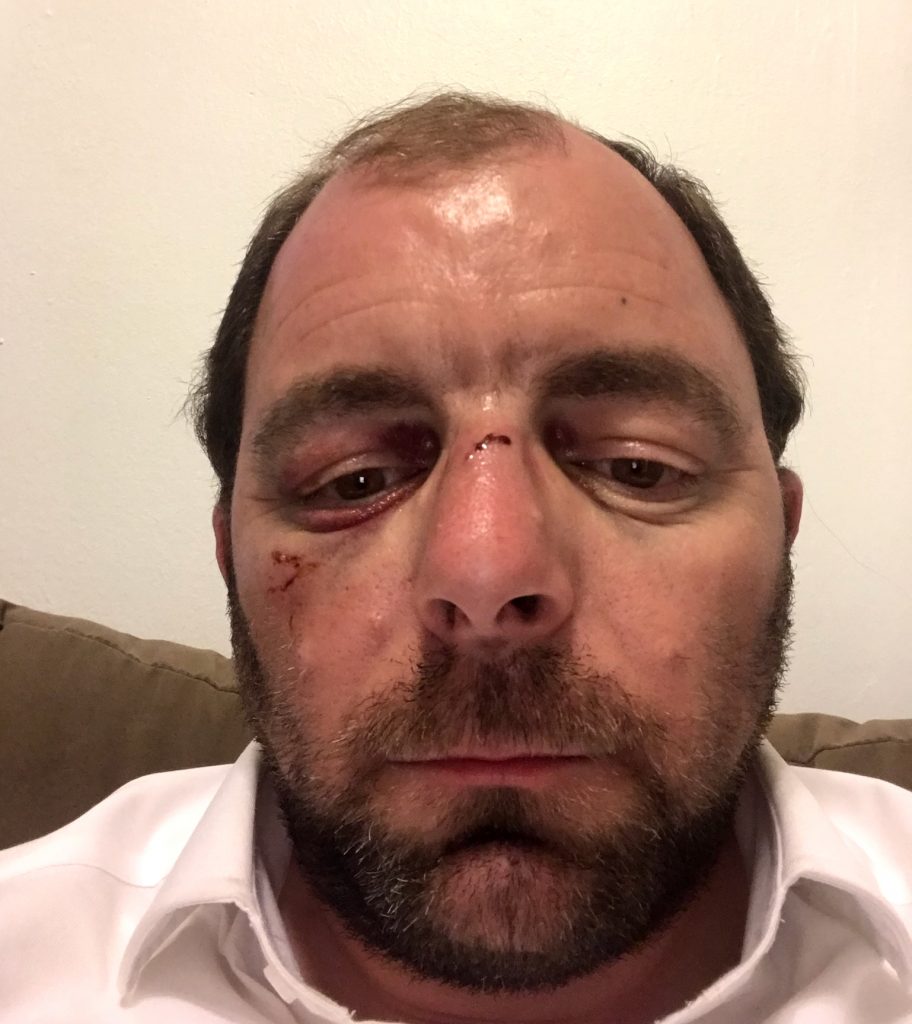 A Jewish man was beaten and robbed by two men as he headed to shul in Midwood Friday morning.

Around 5:45 a.m. Friday, 41-year-old Levi Zupnik was making his usual walk to Cong. Shaarei Eliezer – Torna (Rabbi Yidel Horowitz’s shul) on New York Avenue between Avenues J and K in Midwood, to open the shul and make coffee for those who attended the daf yomi shiur of Rabbi Avromi Elbogen.

Surveillance video shows two men suddenly attack him with repeated punches, in an assault of approximately 10 seconds. One assailant stole the bag with Zupnik’s tallis, tefillin and siddur.

Zupnik told Hamodia that the assailants didn’t say anything before or during the beating, and that he was so stunned he didn’t even realize there were two attackers until he saw the surveillance video.

“I saw the video, so I see two. At the time of the attack, I thought it was only one,” he said. “They didn’t say anything, or make a sound.”

Zupnik said he yelled “Help,” during the attack. Otherwise, no words were exchanged.

After the assailants fled, Zupnik called Shomrim, who in turn called Hatzalah and police. Zupnik declined to go to the hospital.

The tallis, tefillin, and siddur were all recovered.

Asked how he is feeling Sunday, Zupnik replied, “I’m fine. I’m a little bruised, my nose is banged up, my eyes are black and blue. When I close my eyes I feel a little pain.”

Zupnik said he isn’t too afraid to continue walking to shul in the morning.

“I would still walk in the street,” he said, “but be more alert.”

The NYPD’s Hate Crime Task Force is investigating the incident.

Police described the two attackers as black men, possibly in their early 20s.

The video below shows the assault.

The video below shows the alleged perpetrators looking through the content’s of Zupnik’s bag and discarding the tallis.