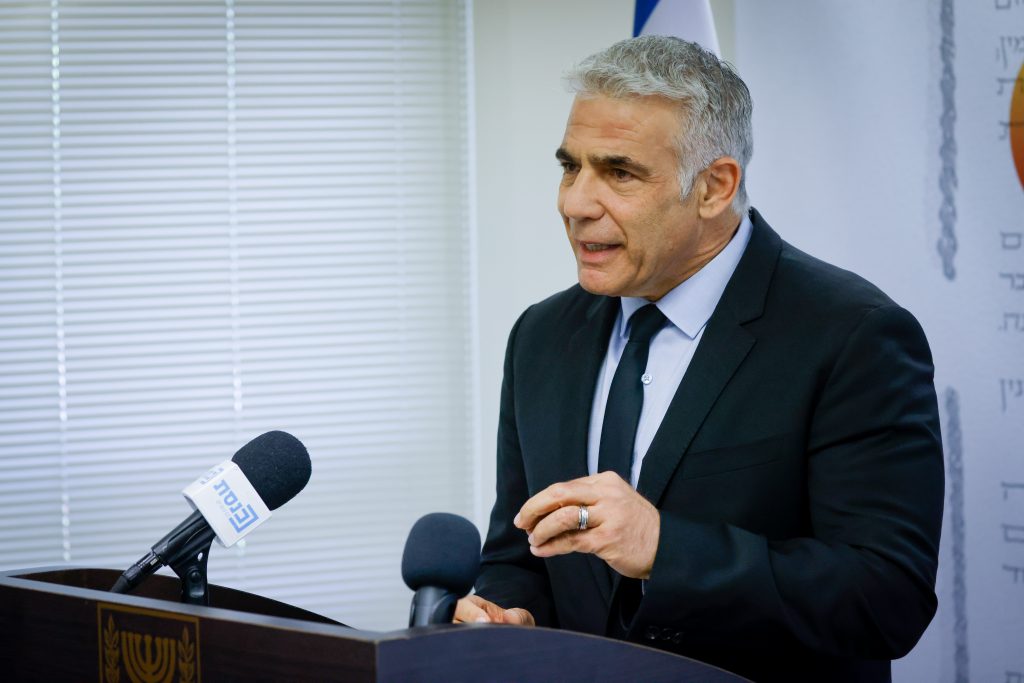 Foreign Minister Yair Lapid garnered harsh criticism Thursday after stating that antisemitism did not target Jews alone, but was rather part of a “broader family of hate.”

In a speech he gave at a conference organized by the Global Forum for Combating Antisemitism, he said: “Antisemites weren’t only in the Budapest ghetto. Antisemites were [also] slave traders who threw slaves bound together with chains into the ocean.

“Antisemites were [also] members of the Hutu tribe in Rwanda who slaughtered members of the Tutsi tribe,” he said, adding that “Muslim fanatics,” such as the Islamic State and Boko Haram terror groups were also antisemites.

“Lapid’s comments minimize the uniqueness of the hatred of Jews in history, and the span of the tragedy of the Holocaust which destroyed a third of our people,” Netanyahu posted.

In response, Lapid said “members of the extreme Right have been attacking my speech that I gave at a conference on battling antisemitism … Turns out not only do they seek to destroy Israeli society, but are even willing to help antisemites for the sake of a political blow.”