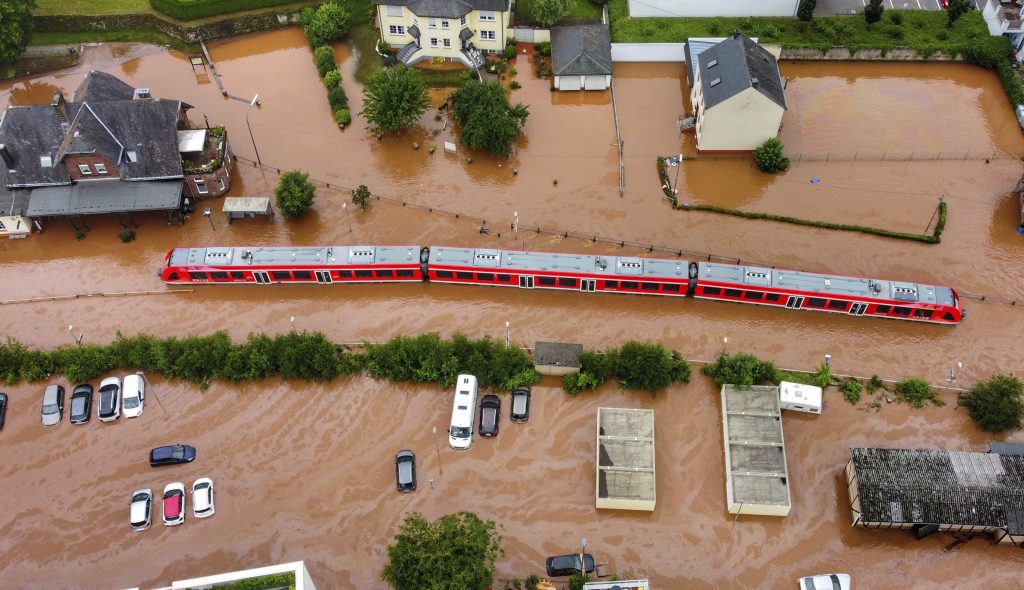 The number of people who lost their lives in the heavy floods in the western part of Germany increased to at least 81 on Friday, according to German broadcaster ARD, in what is Germany‘s worst mass loss of life in years.

Around 1,300 people were missing in the Ahrweiler district south of Cologne, the district government said. Mobile phone networks have collapsed in some of the flood-stricken regions, which means that family and friends were unable to track down their loved ones.

Entire communities lay in ruins after swollen rivers swept through towns and villages in the states of North Rhine-Westphalia and Rhineland-Palatinate.

On Friday morning, houses collapsed in Erftstadt near Cologne, and rescue crews were struggling to help residents who had returned to their houses despite the warnings, the Cologne district government said.

It said many people were still in the houses and several were missing. A gas leak was further hampering rescue workers as they tried to reach stranded people by boat.

One dam close to the Belgium border, the Rurtalsperre, was flooded overnight while another, the Steinbachtalsperre, was unstable.

The North Rhine-Westfalia parliament will hold an emergency meeting on Friday. German Interior Minister Horst Seehofer told magazine Spiegel that the federal government aimed to provide financial support for the affected regions as quickly as possible, adding it should go to the Cabinet for approval on Wednesday.