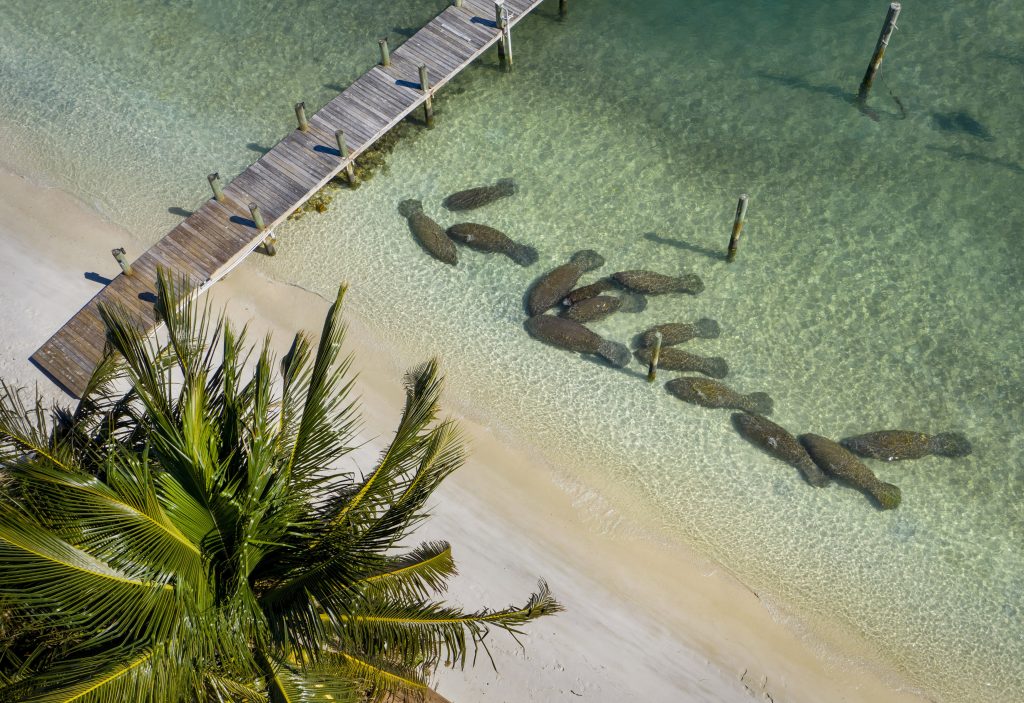 A baby manatee and its injured mother are now swimming in Florida’s St. Johns River after undergoing four months of rehabilitation at Sea World Orlando.

It was a bit of good news for manatees after news last week that Florida broke the record for manatee deaths in one year. So far in 2021 more than 850 manatees have died, wildlife officials said.

The primary reason for the spike in deaths is starvation as declining water quality has caused seagrass to vanish, especially in the Indian River Lagoon, which extends from southern Volusia County to northern Palm Beach County, the newspaper reported.

The staff at SeaWorld staff named the mom Mandy and her 1-year-old calf Manilow.

Mandy and Manilow were brought to SeaWorld in March after researchers noticed signs of emaciation in the mom.

“She was underweight,” Ally Greco, of Save the Manatee Club, told the newspaper. “However, this was not related to the starvation that was seen this winter in the Indian River Lagoon, as there was plenty of vegetation available near Blue Spring.”

“She was so skinny. The baby was a butterball. He was fine,” Gibbs said.

Mandy gained about 300 pounds during her stay at SeaWorld, weighing in above 1,200 pounds before her release. It took some 15 people to lower her from the truck to the ground. It took 10 people to manage her calf.