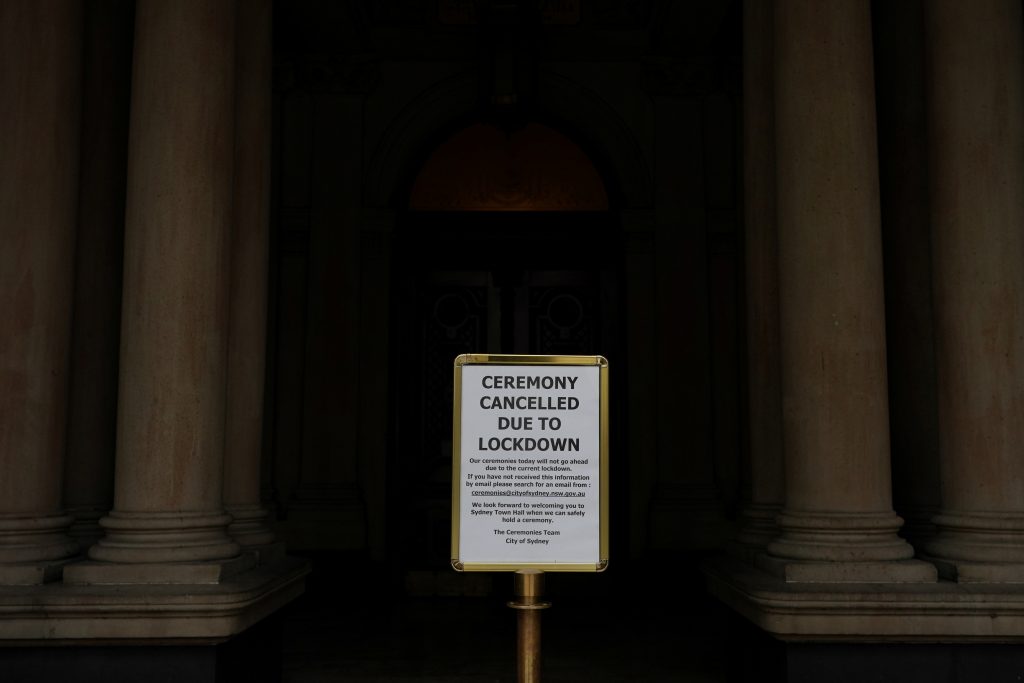 The Australian state of Victoria was ordered into a five-day lockdown on Thursday following a spike in COVID-19 infections, joining Sydney as the country’s two main population hubs battle an outbreak of the highly contagious Delta variant.

From midnight, the state of 6.6 million people was told to stay home except for grocery shopping, essential work, exercise, health care and getting vaccinated. The lockdown in Australia’s second-largest city of Melbourne is its fifth since the pandemic began a year and a half ago.

Combined with a stay-home order already in force in Sydney, the measure means nearly half of Australia’s 25 million population is under lockdown.

“You only get one chance to go hard and go fast,” Victoria Premier Daniel Andrews told a news conference.

“If you wait, if you hesitate, if you doubt, then you will always be looking back wishing you had done more earlier. I am not prepared to avoid a five-day lockdown now only to find ourselves in a five-week or a five-month lockdown.”

Melbourne spent about a third of 2020 under curfew as the epicenter of the country’s initial outbreak, suffering most of Australia’s 31,400 cases and 912 deaths to date.

But it had largely avoided new infections while an outbreak in a Sydney beachfront suburb – 900 kilometers (560 miles) north – quickly spread through that city and surrounding areas last month.

That changed this week when a team of Sydney furniture movers traveled to Melbourne while infectious and introduced the virus to an apartment building.

By Thursday, dozens of Melbourne venues were listed as virus-exposed including a shopping center, public transport routes and a stadium during a sports match attended by thousands of people.

After nearly two weeks without a new case, the state had recorded 18 new infections in the past two days, spooking authorities who have emphasized the ease with which the Delta variant can travel between even passing contacts.

The Victoria lockdown came as the New South Wales authorities reported a dip in daily cases, prompting hopes that a lockdown in place in Greater Sydney since June 26 will not be extended beyond a scheduled end date later this month.

“Whilst the case numbers are bouncing around, we are seeing a stabilization. They are not growing exponentially,” Premier Gladys Berejiklian said in Sydney.

Berejiklian described the new case numbers as a “welcome drop,” but warned infections could rise due to the growing number of infected people moving around in the community, particularly in Sydney’s southwest.

Case numbers would still need to drop significantly for the city to leave lockdown, given 28 out of the 65 new infections reported were people active in the community, she added.

Of the more than 900 people in New South Wales who have been infected during the latest outbreak, 73 have been moved to the hospital, with 19 people in intensive care. Two deaths have been reported, the first for the country this year.

Prime Minister Scott Morrison, under pressure due to a sputtering vaccination rollout, said he would ask state leaders at a pandemic cabinet meeting on Friday to endorse a new program of relief payments for businesses impacted by lockdowns.

Lockdowns “should be a last resort, but sometimes with the Delta variant you come to that position a lot more quickly than you used to,” Morrison said.

Just over 12% of Australia’s adult population of around 20.5 million have been fully vaccinated, with officials pointing to changing medical advice for vaccines and supply constraints.