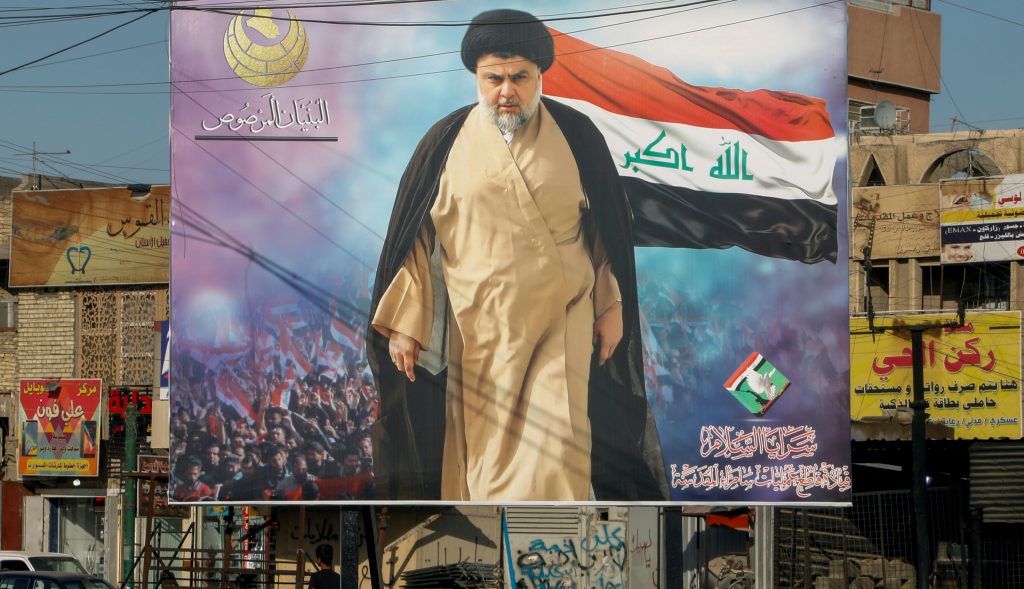 The Iraqi Shiite cleric Moqtada al-Sadr said on Thursday he will not take part in elections in October and withdrew his support from the government, distancing himself from the state at a time when deadly hospital fires have angered Iraqis.

One of the most influential figures in Iraq, Sadr led a political bloc that emerged as the biggest in the 2018 parliamentary election, with 54 seats in the 329 seat legislature, and his movement has big sway.

The impact of his announcement was difficult to assess. Sadr, a long-time adversary of the United States who also opposes Iranian influence in Iraq, typically wields power without holding elected office. He has withdrawn from frontline politics before, without dismantling his powerful movement.

Even if he does not run, candidates loyal to him could stand, allowing him to retain his influence.

Dozens of people were killed this week by a fire at a COVID-19 hospital in the southern Iraqi city of Nassiriya, the second such fire in Iraq in three months, and many Iraqis blame the government for both. The results of an investigation will be announced within a week, the prime minister’s office said on Tuesday.

Sadr’s move appeared aimed at deflecting popular discontent over the hospital fires, and over power and water cuts which have sparked protests, said Hamdi Malik, an associate fellow at the Washington Institute.

“Sadr is trying to distance himself from the terrible management of Iraqi officials,” said Malik, predicting Sadr’s party would take part and do well in the election, despite his promise not to stand personally.

Sadr’s main rivals are Iran-backed Shiite groups, which have blamed his party over state failings. Sadr has millions of followers and, like his Tehran-backed rivals, an armed militia.

“I inform you that I will not participate in these elections. The nation is more important than all of that,” Sadr said, adding that he was “withdrawing his hand from those who belong to this current government and the following one.”

In a televised speech, Sadr said Iraq was being subjected to a “satanic regional scheme to humiliate the country and to bring it to its knees”.

“Watch out before Iraq’s fate becomes like that of Syria, Afghanistan or other states that have fallen victim to internal, regional and international policies,” he said.

A source close to Sadr told Reuters the decision followed a campaign by Iran-backed Shiite groups to sully the reputation of Sadr’s movement, worried that it would sweep the vote.

In reference to his Iran-backed rivals, Sadr had told followers at a recent meeting there were “factions ready to burn Iraq to prevent the Sadrists from forming the next government,” the source said.