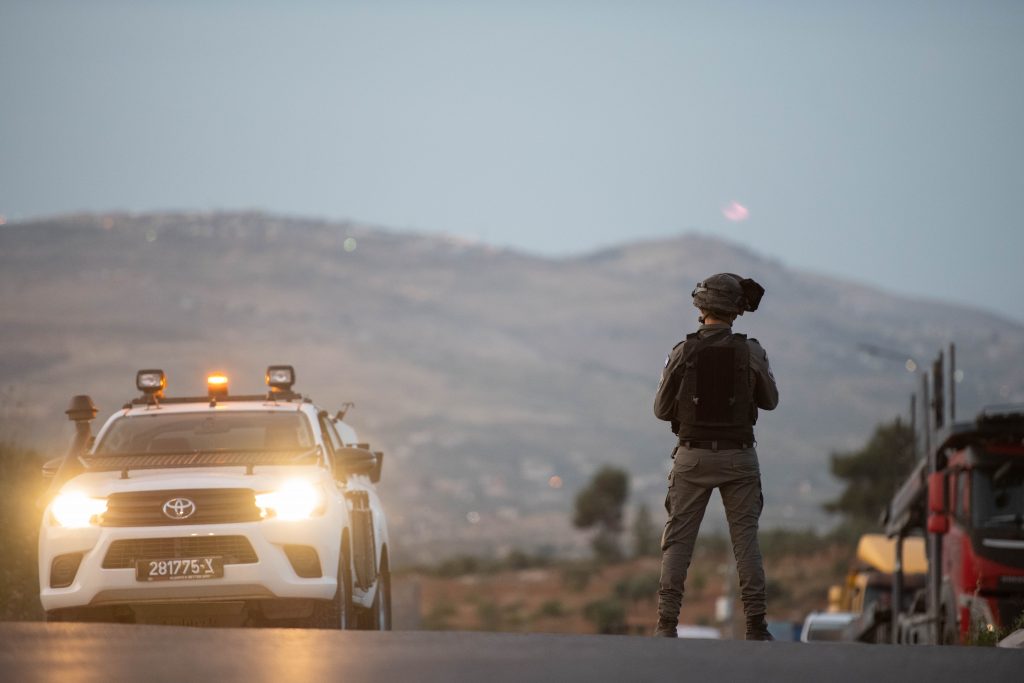 The IDF rounded up and arrested dozens of terror suspects overnight Wednesday linked to the Hamas terror organization’s infrastructure in Yehudah and Shomron.

The IDF stated that following intelligence and operational efforts, Israeli forces arrested dozens of Hamas terrorist operatives from the organization’s student cell at Bir Zeit University while they were in the village of Turmus-Aya in the Binyamin area.

They had come to the home of terrorist Muntasar Shalabi, which was recently demolished by the IDF.

Shalabi murdered yeshivah student Yehuda Guetta, Hy”d, and wounded two others about two and a half months ago in a terrorist attack at the Tapuach junction.

The IDF noted that some of those who were arrested were directly involved in terrorist activities that included money transfers, incitement, and organizing Hamas’s activities in Yehudah and Shomron.

The terror suspects were transferred to the Shin Bet for interrogation.

“The operation was made possible in light of intelligence-operational preparations and inter-organizational activities of the security forces in the sector,” the IDF stated.

The IDF had apparently taken advantage of the preplanned and publicized event at Shalabi’s house and surprised the terror operatives.