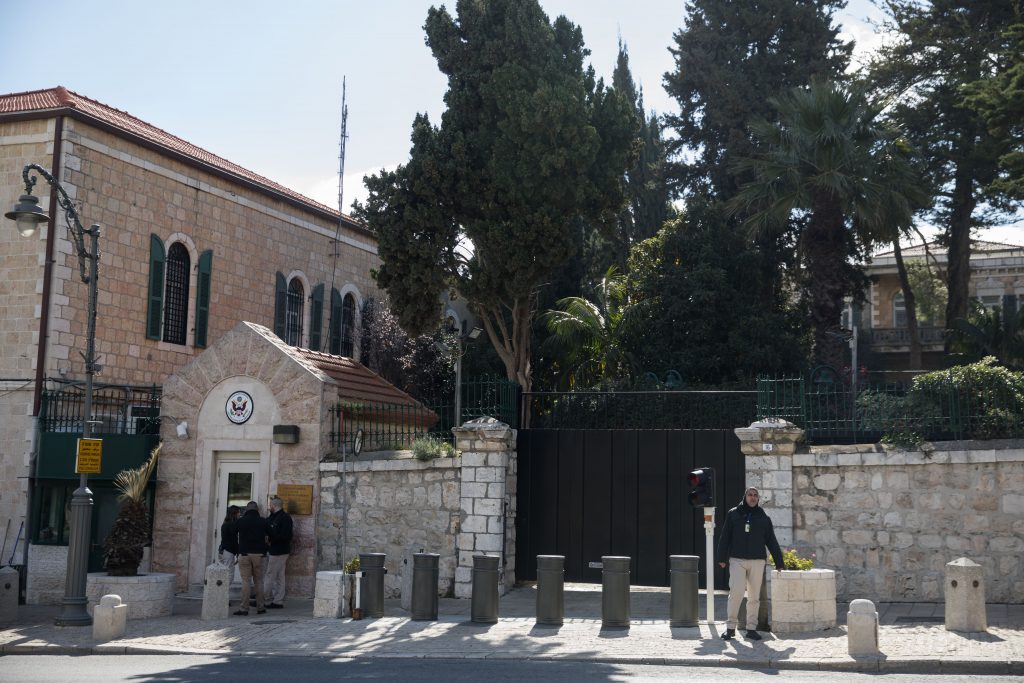 The opposition has been working on a bill that would bar the United States from reopening its diplomatic mission for Palestinians in Yerushalayim, putting the new government on course for potential conflict with President Joe Biden.

Former mayor of Yerushalayim and Likud MK Nir Barkat is the one currently drafting the bill.

The Trump administration ordered the closure of the Palestinian diplomatic mission in October 2018, citing the refusal of Palestinian leaders to enter into peace talks with Israel.

Biden announced the U.S. will work to reopen the consulate for the Palestinians following his election win in January.

As a result, U.S. officials have apparently been pressuring Prime Minister Naftali Bennett and Foreign Minister Yair Lapid to allow for the mission to reopen the United States consulate building in Yerushalayim.

Bennett has reportedly asked to delay the reopening of the consulate over fears the move could put a strain on the coalition.

However, the legislation proposed by Barkat has already gained more than 30 signatures from Likud, Religious Zionist and chareidi MKs. Among them is also MK Amihai Chikli, a member of Bennett’s Yamina party who voted against and brought down the Citizenship Law in a massive blow for the government.

In his bill, Barkat apparently cites Basic Law: Yerushalayim, according to which Israel will not allow the establishment of a diplomatic mission belonging to a foreign entity.

“The bill comes in light of the Bennett-Lapid government’s intention to succumb to international pressure by establishing consulates that will address the Palestinians within Yerushalayim,” Barkat said. “Apart from the political danger, the move poses a security risk and will allow Palestinians to [freely] enter Yerushalayim. We will not allow the government to undermine Yerushalayim’s status as the united capital of Israel. It must not be agreed to. We will fight without compromise to preserve Yerushalayim.”