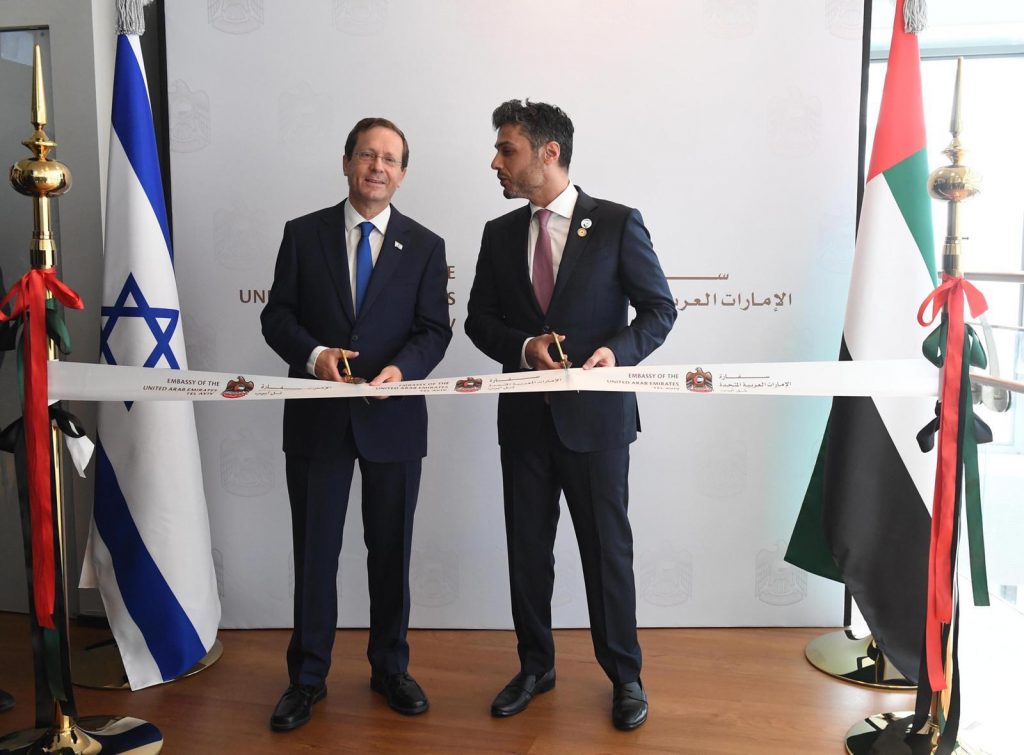 The United Arab Emirates on Wednesday become the first Gulf state to open an embassy in Israel, as its envoy hailed the trade and investment opportunities that closer ties would bring at a flag-raising ceremony also attended by Israel‘s President.

Brought together by shared unease about Iran, the UAE and Bahrain normalized relations with Israel last year under the “Abraham Accords” crafted by the administration of then-U.S. President Donald Trump

Sudan and Morocco have since also moved to establish ties with Israel.

The opening of the UAE Embassy, which is situated in the Tel Aviv Stock Exchange, followed the inauguration of Israel‘s embassy in the UAE last month.

“Since the normalization of ties…we have seen for the first time discussions on trade and investment opportunities,” UAE Ambassador Mohamed Al Khaja said, after raising his country’s flag outside the building.

President Yitzchak Herzog called the opening of the embassy “an important milestone in our journey towards the future, peace, prosperity and security” for the Middle East.

“Seeing the Emirati flag flying proudly in Tel Aviv might have seemed like a far-fetched dream about a year ago,” he said. “In many ways nothing could be more natural and normal.”

The UAE has said last year’s U.S.-brokered accords, which challenged a decades-old allegiance to Palestinian ambitions as a major driver of Arab policy, would ultimately benefit the Palestinians.