“We are committed, and we are going to do everything possible to be there for you,” said NYPD Commissioner Dermot Shea. “It is unconscionable that anyone should fear, in this day and age, walking down the street, and being afraid to go to a shul … and we are not going to stand for it.”

Shea spoke at a town hall meeting of rabbis and community activists at The White Shul in Far Rockaway, just steps from the Nassau County border, along with Nassau Police Commissioner Patrick Ryder and other NYPD officials, organized by Achiezer. Antisemitic crimes have risen 61% in New York City from the beginning of this year through July 4, compared with the same period of 2020. The spike is also of concern to Jews in Nassau County’s 5 Towns, many of whom work in New York City. The 5 Towns community was particularly rattled when one of its own, Joseph Borgen, was beaten by a group of Palestinian supporters in May near Times Square, as he headed to a pro-Israel rally during the recent Israel-Hamas conflict. At least four people have been arrested for that incident.

The Orthodox community is generally pro-law-and-order and pro-police; meetings and town halls between community members and police officials typically involve community members expressing appreciation to police and asking for further police protection, and police thanking the community for these sentiments and promising continued police presence, in stark contrast to the recent political turn in favor of defunding and reforming police departments. Wednesday’s event was no exception.

“This is not a time to take away funding from police,” Ryder added, to loud applause. “It’s a time to invest in police.”

“We are against defunding,” one rabbi said during the Q&A session. “Our community loves our police departments,” said another.

While large anti-police protests last summer resulted in reforms, the commissioners on Wednesday urged police advocates to make their voices heard as well. And while the commissioners were sharply critical of some police reforms, they did not advocate a complete return to tougher measures of years past.

“The voice of the community is key,” said Ryder. “The voice of the community that is loud, and like the demonstrators that walked through our counties, and through the city, and were loud, they got heard. Many of them were peaceful, many of them were not peaceful. But … they got their message out there, and you saw the political climate change. It needs to go back to where it was, we need to go after that and change that political climate.”

“Bail reform is killing us,” said Ryder. “You’ve moved discretion away from the judges, from the attorneys, from the police recommendations, and the bad guy comes out the door. That’s a problem for us.”

“We embrace a lot” of reforms, said Ryder. “We know we can make changes that are good. Rich kids shouldn’t get out of jail over poor kids. Got it. I agree. But bad guys need to stay in one place, and that’s in jail. And we get that by changing bail reform.”

Shea has implemented police reforms such as the community-policing program of Mayor Bill de Blasio and eliminated the plainclothes anti-crime unit that was subject of complaints of over-aggressive behavior. But he has also been overtly critical of other reforms, including the defunding of the NYPD, a 2019 state law that eliminated cash bail in most cases, and the city-passed “diaphragm” law that restricted police physicality during arrests. (A judge recently ruled the diaphragm law unconstitutionally vague.)

“I think it’s imperative that whether you’re talking about defunding the police, whether you’re talking about outcomes in courts, I think people in New York City  underestimate the power that they have. If the people of New York City demand more cops, there [are] going to be more cops,” Shea said Wednesday. “It may take a little time — you’re already seeing momentum, and things changing in the court of public opinion.”

“The more you get involved and the more you ask questions and the more you have a relationship with liaisons that exist, whether it’s in Nassau County in Queens, with District Attorney’s Offices, and demand [changes], then you will have better outcomes,” said Shea, adding, in reference to the “revolving door” resulting from bail reform, “It’s a challenging time in law enforcement.”

The meeting was closed to the press, but Rabbi Freilich described the discussions in a subsequent conversation with Hamodia.

“”We thanked the DA for getting a hate-crime indictment of the three guys who terrorized the community on a recent Shabbos,” Rabbi Freilich related. “And we reiterated that we are vulnerable, as the largest Jewish communities in the nation. We don’t have guns, and often don’t fight back. We rely on the police and the DA. Gonzalez said his Hate Crime Bureau has a staff of over 10 senior attorneys that look into every hate crime. And he told us he believes there should be stronger penalties for hate crimes.”

The activists discussed some other issues of importance to the community. “Rabbi Meyer urged the DA to ensure that tefillin and kosher food are available at central booking,” Rabbi Freilich said. “The DA said he is very strong supporter of religious rights, and that he will make appropriate arrangements.”

Deputy Inspector Richie Taylor, the NYPD’s highest-ranking yarmulke-wearing officer, who helped organize the White Shul event, told Hamodia afterward, “It is essential that the community continue inviting officials to meetings and events, to demonstrate how much it is concerned about crime and safety,” adding, “I’ve also had many private conversations with NYPD leadership about the rise in antisemitic crimes, and I can assure the community that the Department considers this issue to be of utmost importance.” 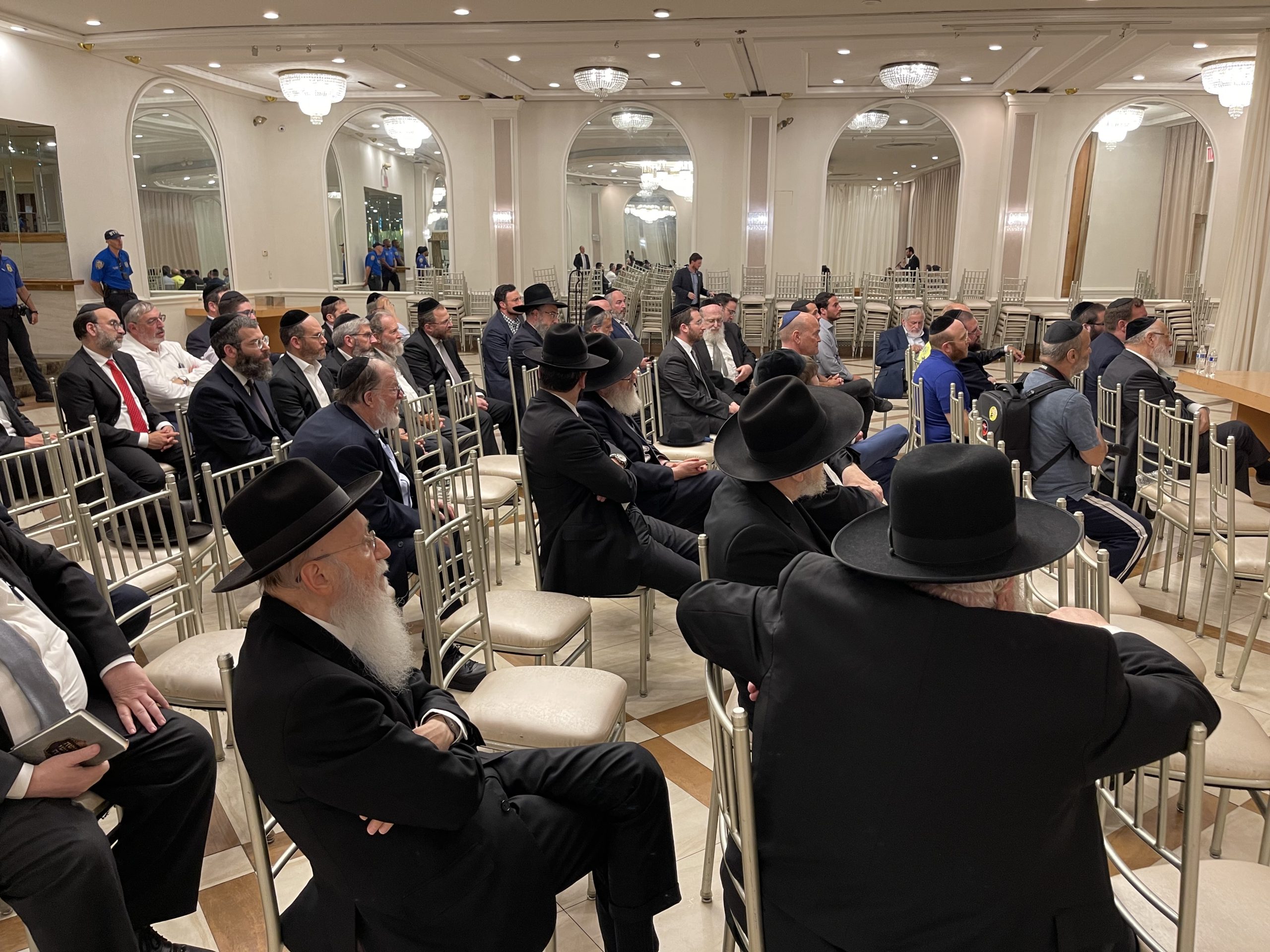 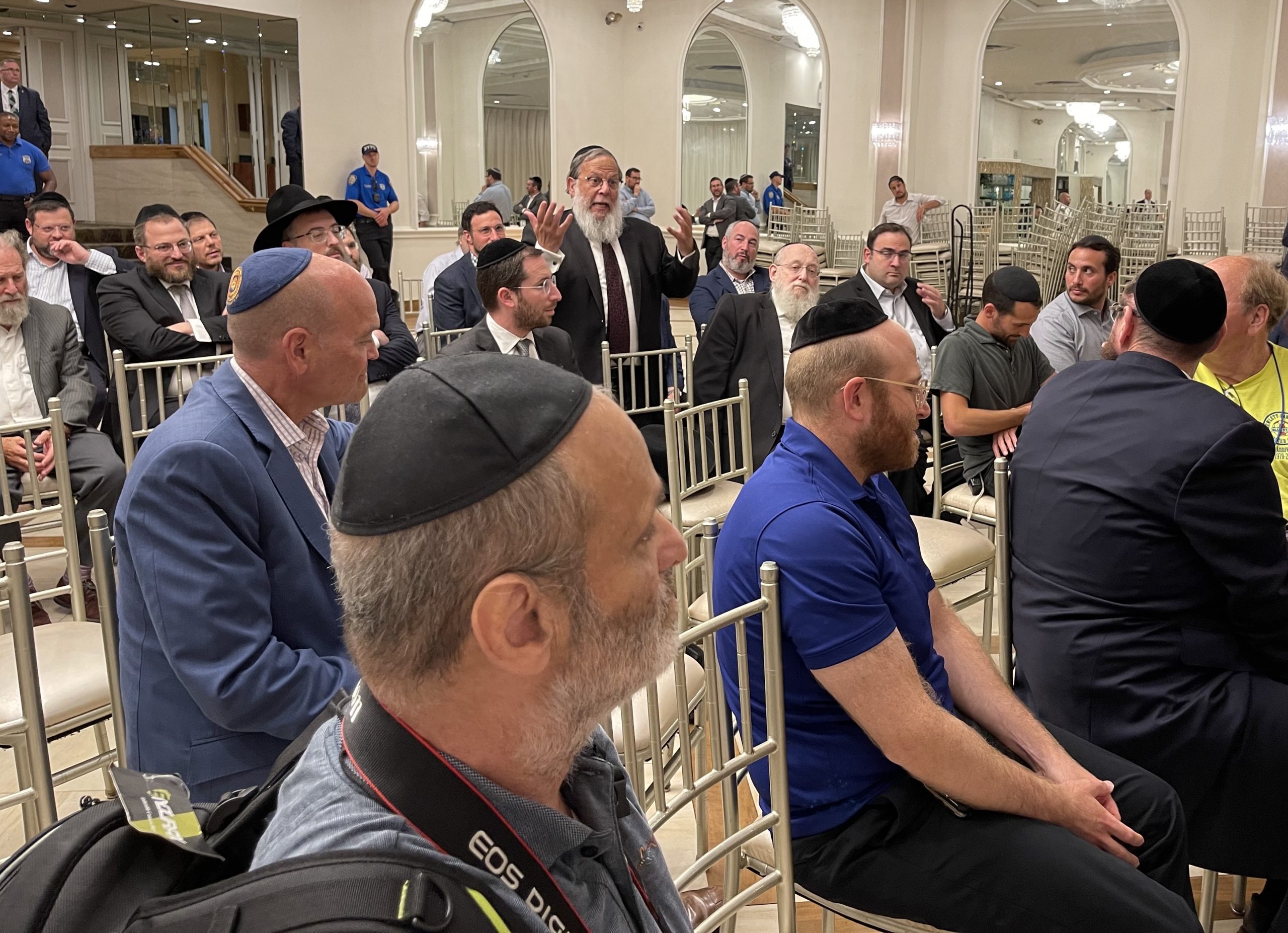 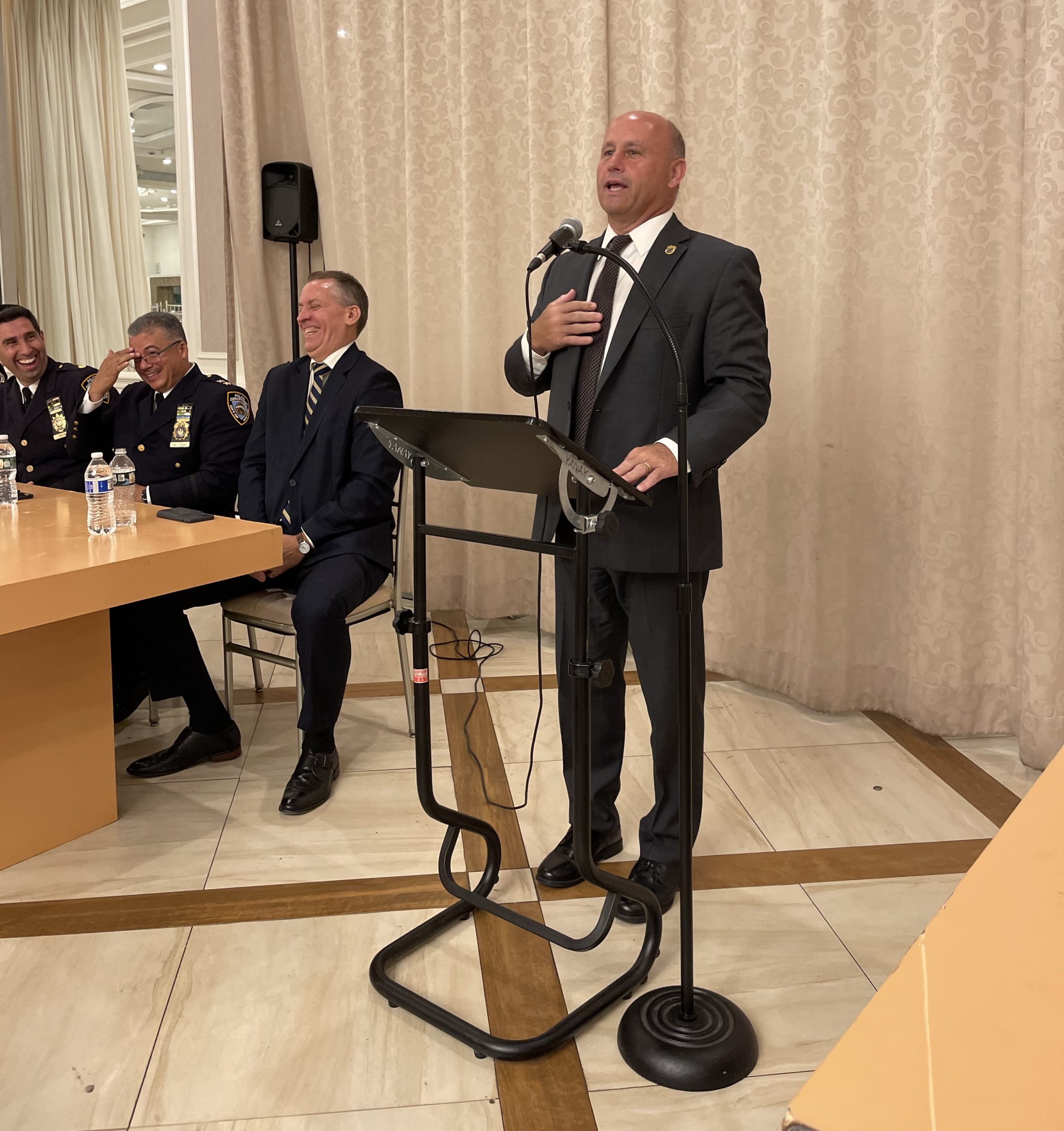 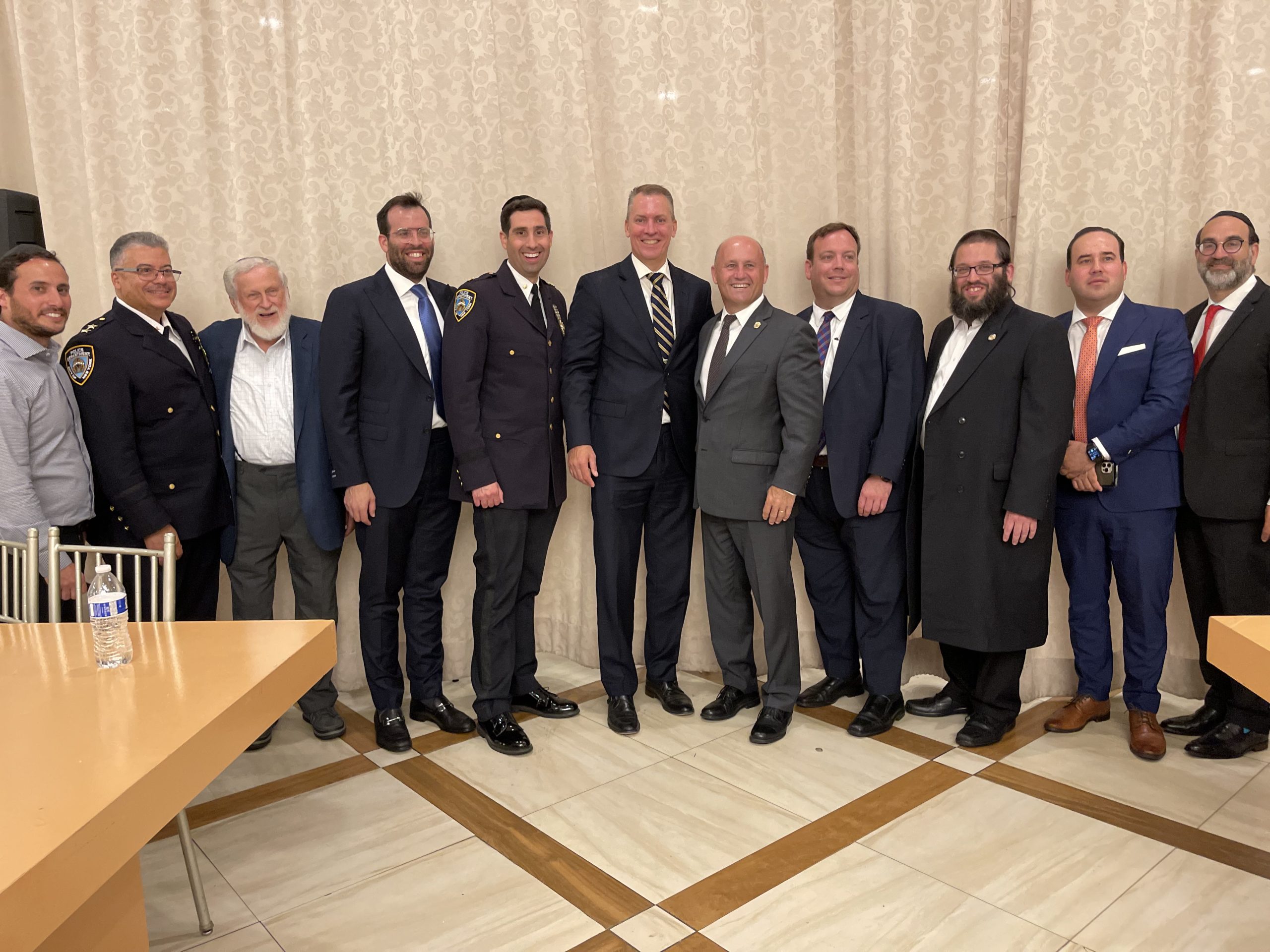