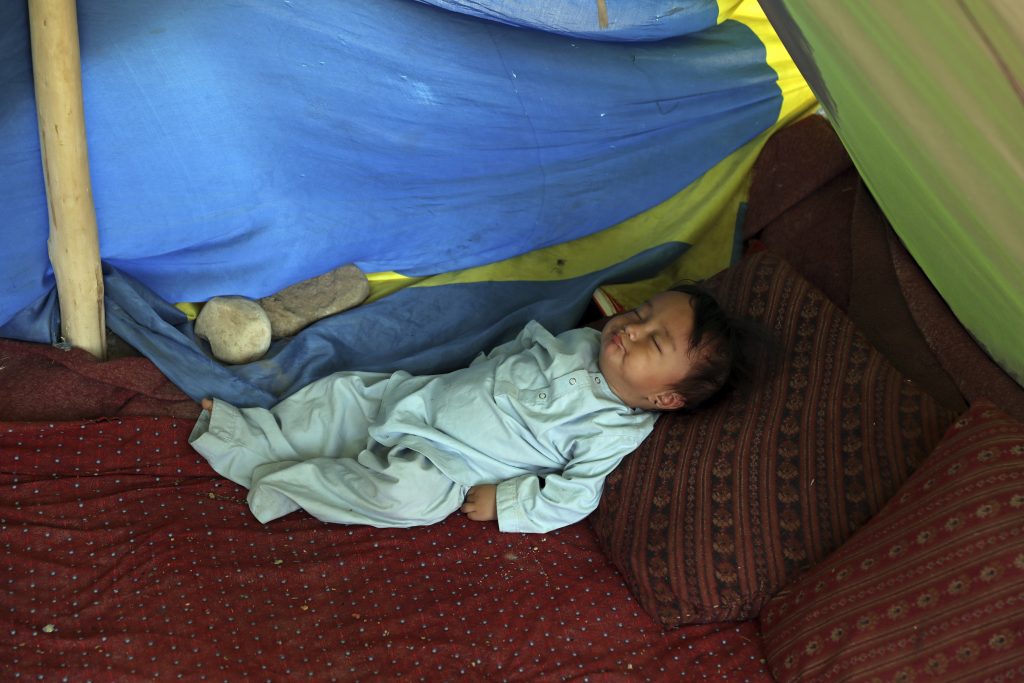 As the Taliban surge through northern Afghanistan — a traditional stronghold of U.S.-allied warlords and an area dominated by the country’s ethnic minorities — thousands of families are fleeing their homes, fearful of living under the insurgents’ rule.

In the last 15 days, Taliban advances have driven more than 5,600 families from their homes, most of them in the northern reaches of the country, according to the government’s Refugee and Repatriations Ministry.

In Camp Istiqlal, family after family, all from the Hazara ethnic minority, told of Taliban commanders using heavy-handed tactics as they overran their towns and villages — raising doubts among many over their persistent promises amid negotiations that they will not repeat their harsh rule of the past.

In areas they control, the Taliban have imposed their own fees and taxes. Ashor Ali, a truck driver, told The Associated Press he pays the Taliban a 12,000 Afghani ($147) toll for every load of coal he brings from a Taliban-controlled part of neighboring Samangan Province to Mazar-e-Sharif. That amounts to more than half of what he makes on each haul.

The Taliban are attending international conferences, even sending their ex-ministers on missions to Afghanistan from Qatar, where they have a political office, to assure Afghans they have nothing to fear from them, especially minorities. The group still espouses Islamic rule but says its methods and tenets are less severe.

But if it’s a gentler face they are seeking to portray, fleeing residents say it seems many Taliban commanders in the field either haven’t gotten the message or aren’t listening.

A February 2020 agreement the Taliban signed with the United States reportedly prevents the insurgents from capturing provincial capitals. Yet two — Kandahar in the south and Badghis in the north — are under siege. In the capital of Kabul, where many fear an eventual Taliban assault, a rocket defense system has been installed, the Ministry of Interior said over the weekend. The statement offered no detail about its origin or cost.

The U.S., Russia, China and even Afghanistan’s neighbor Pakistan, where the Taliban leadership council is headquartered, have all warned the Taliban against trying for a military victory, warning they will be international pariahs. Taliban leaders have vowed they are not doing so, even as they boast of their gains in recent meetings in Iran and in Russia,

The Taliban blame the Afghan government for foiling efforts to jumpstart stalled talks that would elevate discussions to include leaders on both sides of the conflict.