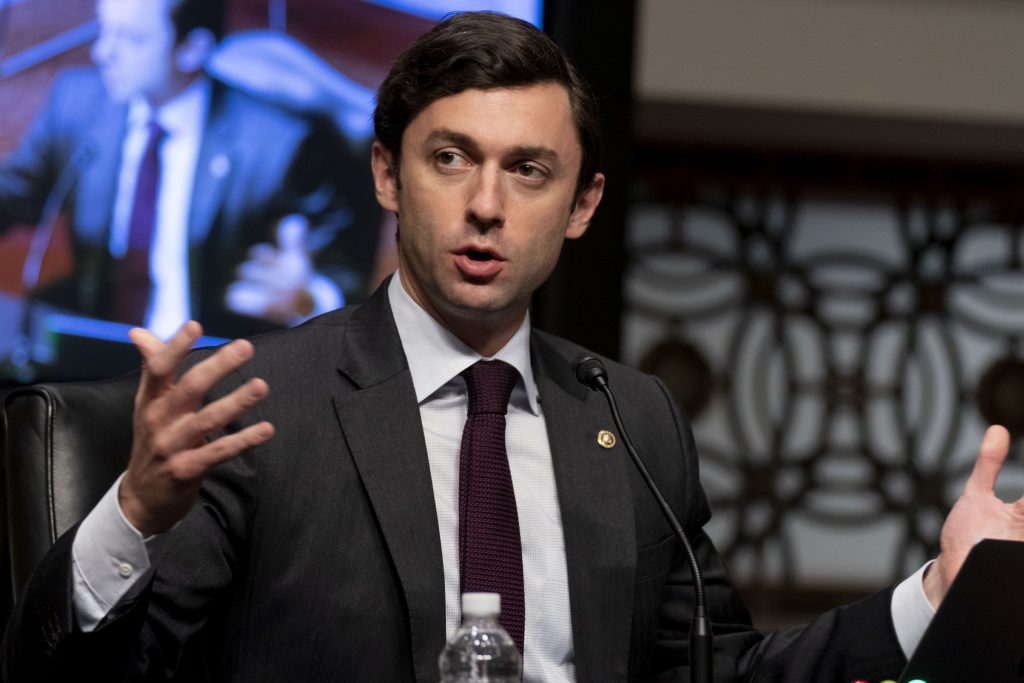 Three Democratic U.S. senators from states that have refused to expand Medicaid want the federal government to set up a mirror plan to provide health insurance coverage to people in those states.

Sens. Raphael Warnock and Jon Ossoff of Georgia and Tammy Baldwin of Wisconsin are introducing the bill Monday, they told The Associated Press. Congressional Democrats are pushing for a coverage expansion in upcoming legislation.

“The single most effective solution to closing our state’s coverage gap is to expand Medicaid,” Warnock said after a June 29 meeting with health care executives. “What we ought to be doing is expanding Medicaid rather than playing games with the health care of Georgia citizens.”

The effort is crucial for Warnock, who seeks reelection in 2022 facing several Republicans eager to defeat him.

People making more than 138% of the federal poverty level are eligible for federal health insurance subsidies through an online marketplace. But as many as 4 million people who make less don’t get assistance in a “coverage gap,” according to the Kaiser Family Foundation.

President Barack Obama’s Affordable Care Act envisioned states would expand Medicaid programs to cover those people, but many conservative states balked. There are 12 holdouts, while an expansion in Missouri mandated by referendum is in limbo after Republican lawmakers refused to pay for it.

Democrats increasingly say leaving people without coverage is unacceptable. They tried to lure remaining states with two years of extra money for expansion, but none budged. Baldwin said such a refusal is “just wrong.”

“Our legislation will open the door to those who have been shut out and expand access to affordable health care, including preventive care, that people want and need,” she said in a statement.

The bill would mandate a new health insurance plan that looks just like Medicaid offered to residents in holdout states. President Joe Biden proposed during his campaign to offer a public option through the federal healthcare marketplace. Democratic Rep. Lloyd Doggett of Texas and others introduced a bill June 17 to let local governments create local Medicaid expansions.

The Medicaid approach has key advantages, said Jesse Cross-Call, director of state Medicaid strategy with the liberal-leaning Center for Budget and Policy Priorities.

The plan would require no premiums and only small copayments, while those costs can be much higher for individuals on the marketplace. People can enroll in Medicaid year-round, while marketplace enrollment is typically only in the fall, or when someone’s circumstances change.

“The idea is for it to be as close to Medicaid coverage as possible,” Cross-Call said.

A new plan could take years to set up, though. Many states use managed care networks to provide Medicaid services, and it’s unclear if the federal government would be able to contract with the groups.

Sponsors say coverage is already paid for because the original Affordable Care Act included money for all 50 states. States normally shoulder 10% of the cost, but the bill would require no state contributions.

The plan also would boost incentives for holdout states to expand on their own. It would raise the federal share of state-federal Medicaid spending by 10 percentage points this coming decade. The current enticement, included in Biden’s coronavirus relief bill, is 5 percentage points for two years. Based on Kaiser Family Foundation estimates, that could be worth a cumulative $160 billion to holdout states and Oklahoma, which launched expansion July 1.

Republicans aren’t backing down. Georgia Gov. Brian Kemp is pursuing a limited expansion that would impose work or education requirements for benefits. It seeks to add 50,000 Georgia residents in its first two years and require everyone to shop for federally subsidized insurance through private agents. The Biden administration is reevaluating previous approval of the plan by the Trump administration, a reversal Kemp says isn’t allowed.

“The Biden administration has been, in my opinion, trying to throw up roadblocks to our waiver plan that was approved,” Kemp recently told AP. “Senator Warnock can hit me all he wants on Medicaid. What he never mentions is … working on lowering costs for private sector health care. A lot of people don’t want government health care.”

Financial incentives could be required to keep other states from dropping Medicaid expansion to avoid current costs. The bill doesn’t address that.