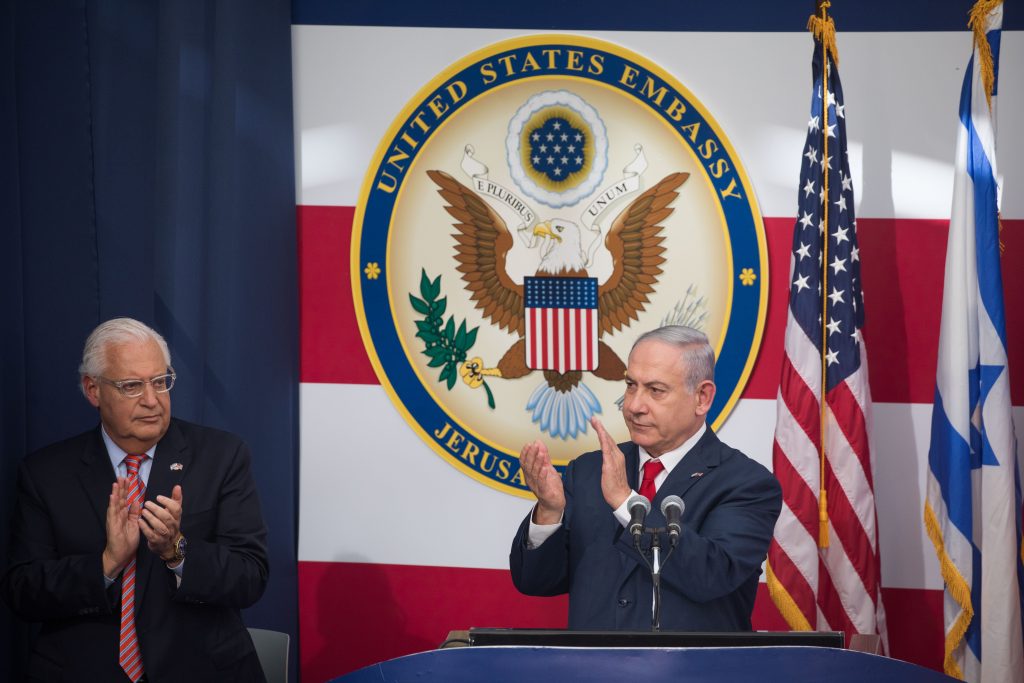 The ambassadors to Israel of France and Germany declined to attend a Fourth of July celebration at the U.S. embassy in Yerushalayim, apparently out of diplomatic scruples, Ynet reported on Tuesday.

Citing an unnamed source, the report said that about half of the European ambassadors had been invited, and among those who came were the Romanian ambassador and the British deputy ambassador, as well as diplomats from Kosovo, Australia, Norway, Honduras, Guatemala and Canada.

But for many European countries the embassy is a no-go zone, due to its being situated between the two armistice lines drawn by hand in 1949 by Israeli and Jordanian military commanders, at the end of the War of Independence. It became a demilitarized zone controlled by the U.N., from 1948 to 1967, when Israel gained control of the area. But some consider it as “occupied territory.”

It was not known which other envoys from European nations had been invited but had chosen not to attend.

The countries involved were not eager to publicize the matter. A spokesperson for the U.S. embassy told The Times of Israel that they do not comment on the invitation lists of their diplomatic events.

The French embassy refused to comment, while the German embassy told Ynet that “our position on Jerusalem has not changed.”

Prime Minister Naftali Bennett was there, however. Taking a swipe at his predecessor’s difficulties with the Obama administration and the left wing of the Democratic party, he said: