World China Is Not a Threat to the U.K., New Envoy Says
World 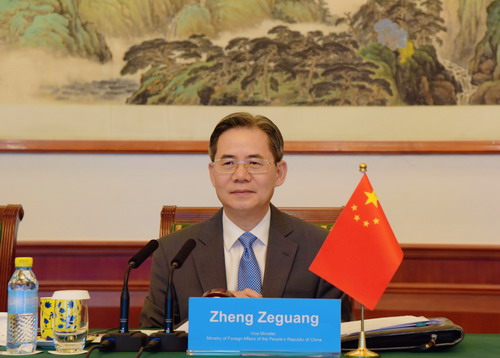 China is not a threat or a rival to the United Kingdom so cooperation should be expanded, China’s new ambassador to London, Zheng Zeguang, said on Tuesday.

“A China that follows a new and Chinese-style path to socialist modernization will only create greater opportunities for the world,” Zheng said.

“China is not a challenge, not a threat nor a rival to the UK,” he said.

The re-emergence of China as a leading global power is considered to be one of the most significant geopolitical events of recent times, alongside the 1991 fall of the Soviet Union that ended the Cold War.

China’s rise has unnerved the United States: President Joe Biden casts China as the main strategic competitor and has vowed to confront China’s “economic abuses” and push back against human rights violations.

Beijing has repeatedly hit back against what it perceives as attempts by Western powers to contain China. It says many major powers are still gripped by an outdated imperial mindset after years of humiliating China.