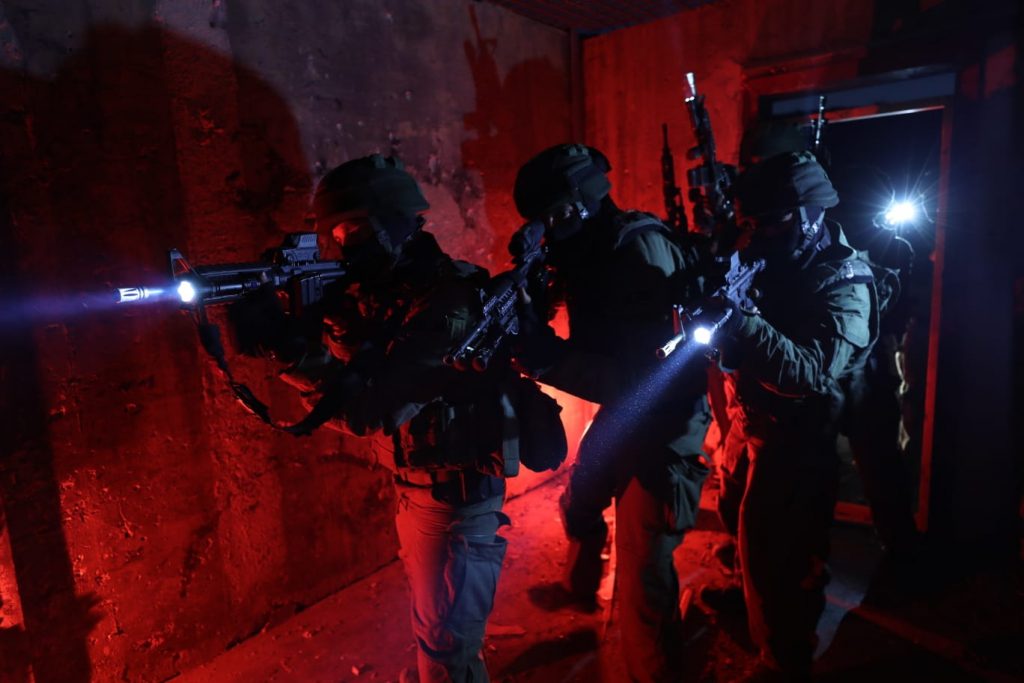 Six Palestinians who opened fire at Border Police were shot during clashes with the security forces who were operating in Jenin on Sunday night.

The Border Police entered the city to arrest five Palestinians on suspicions of conducting terrorist activities. As the forces prepared to leave the city, Palestinian terrorists opened fire towards the Israeli forces and threw a large number of explosive charges towards them, according to a statement by Border Police. The officers returned fire, hitting six suspects.

During the clashes, the officers’ vehicles came under heavy fire, with one of the vehicles getting stuck in the area. Additional forces helped rescue the trapped officers while under fire. No injuries were reported among the Israeli forces.

Four vehicles belonging to the Palestinian Civil Defense and an electrical transformer were damaged during the clashes, according to Palestinian reports.

“The undercover unit of the Border Police and the Border Police battalions in Yehudah and Shomron will continue to act resolutely and professionally against any terrorist activity that endangers the lives of the fighters and the public, while being prepared for any scenario at any time and place,” the Border Police said in a statement.