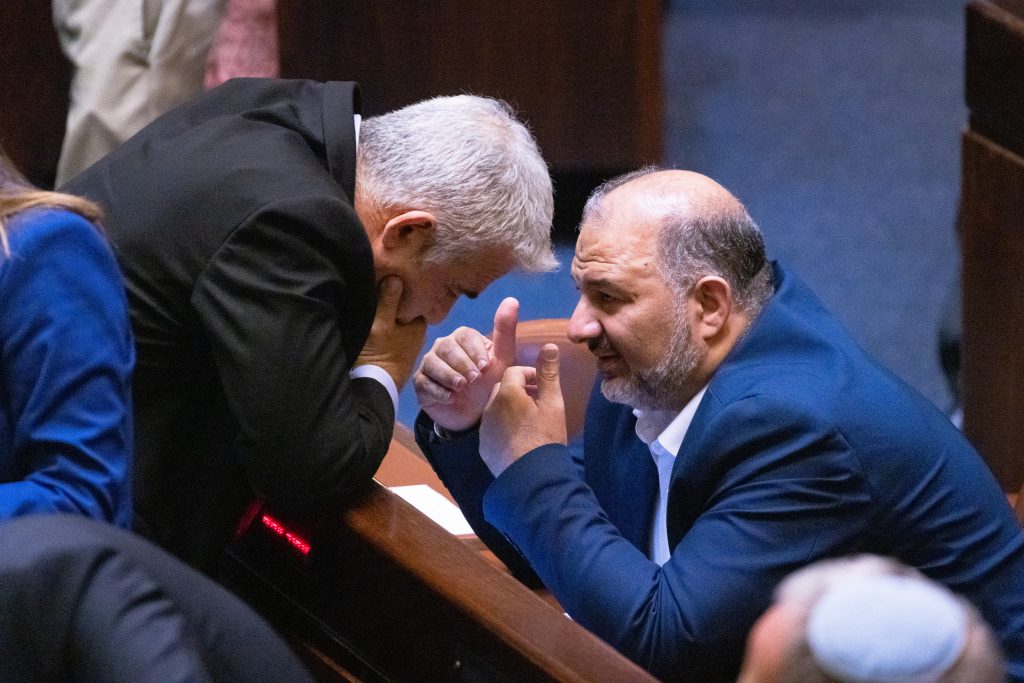 In an unusually blatant flexing of political muscle, members of the Ra’am party promised more coalition crises like the one it caused on Sunday if they don’t get their way.

On Sunday, the coalition rushed a cabinet vote by phone to approve transfer of the Authority for Development and Settlement of the Bedouin in the Negev from the Economy Ministry to the Welfare Ministry. That came after the Islamist party threatened earlier in the day to suspend cooperation otherwise.

Ra’am MK Waleed Taha warned that Sunday’s episode “will not be the last coalition crisis,” according to Channel 12.

But on Army Radio, Taha sounded somewhat more conciliatory, saying he didn’t know if there will be similar crises in the future.

“That depends on others,” he said. “I hope not, but if necessary, it will happen.”

Agreements made with Ra’am during coalition negotiations must be respected, Taha said. “If someone forgot that during the last three weeks, we are reminding him.”

Ra’am MK Mazen Ganaim fended of accusations that they are extorting the government to gain funding for their constituency.

“What we are doing is not extortion,” he told Channel 12 news, saying the party was simply acting on behalf of the country’s Arab community.

“This is a population of nearly 18% that has been neglected,” he said. “What we are doing here is a correction.”

Ganaim said Ra’am had made it quite clear during coalition-building that it would act to serve Arab society. He said the party wants to be “a legitimate player” and that he hopes the government “understands us.”

Agriculture Minister Oded Forer (Yisrael Beytenu) defended his colleagues, telling Ynet that Ra’am demands were all part of the coalition agreements which have to be honored.

“I am glad that these problems and these little squeaks within the coalition have been resolved,” he said.

MK Bezalel Smotrich, leader of the opposition Religious Zionism party, offered a different viewpoint, tweeting Monday: “In the coming days we will find out what state property assets were sold off in order to preserve Naftali Bennett’s seat.”

Smotrich’s refusal to partner with Ra’am blocked former Prime Minister Binyamin Netanyahu’s attempt to strike a deal with them that might have salvaged his coalition efforts.