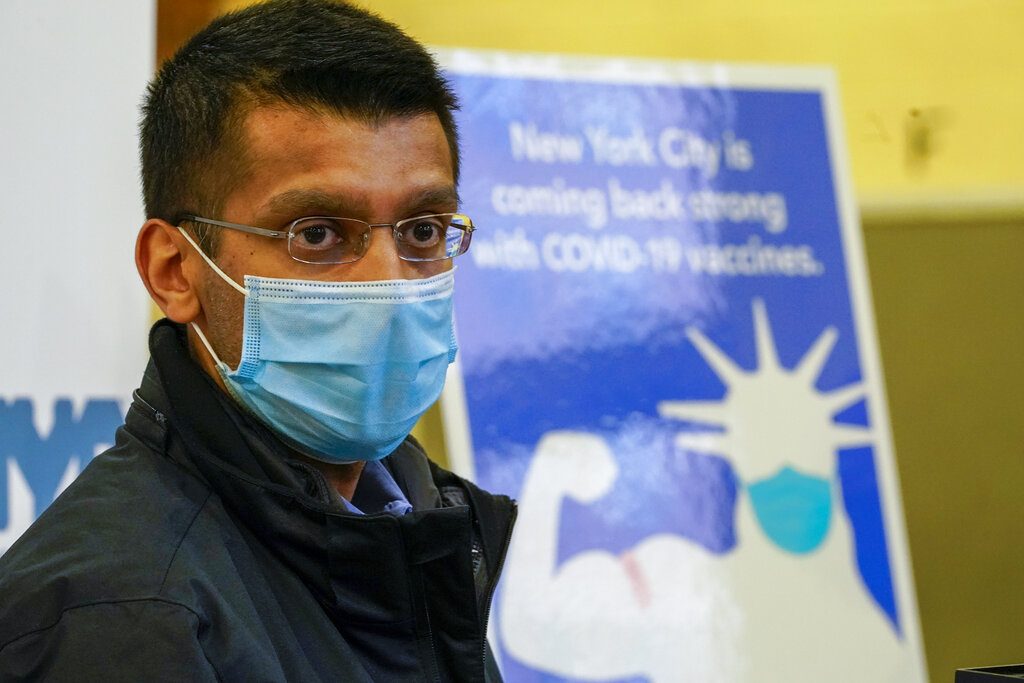 Dr. Jay Varma, Senior Advisor on Public Health, said, “This new strain of the virus is particularly contagious. And so, for that percentage of the population that remains unvaccinated, they are at very high risk of getting infected and potentially having these severe complications.”

The city’s 7-day-average positivity rate is now 1.27% and the daily new cases average is up 32% compared to last month, NBC 4 reported. Hospitalizations are down 24% and deaths are in the single-digits.

Staten Island’s 7-day-average is 1.42%, the highest of the five boroughs. Health officials fear the infectious delta variant, which is circling, could cause pockets of outbreaks in areas that have lower vaccine rates. They are urging people are hesitant to vaccinate, as the more people are vaccinated against the coronavirus, the less opportunity the disease has to circulate among people.

The delta variant is currently the most dominant strain in New York City and the United States, and has been fueling outbreaks in the South.

“We have to make sure as many people are protected as possible in the next few weeks,” New York City Health Commissioner Dr. Dave Chokshi said at the mayor’s press conference on Monday. “The spread of the Delta variant means that it is perhaps the most dangerous time to be unvaccinated…We’re seeing, for example, in Staten Island the percent positivity and the case numbers have increased in recent days and weeks. And that’s because we have unvaccinated individuals, particularly younger people, who remain unvaccinated.”

64% of eligible New York City residents are vaccinated and as of now, the city will not reimpose restrictions. Democratic nominee for mayor Eric Adams has said he would consider reinstating an indoor mask mandate if infection numbers continue to rise.