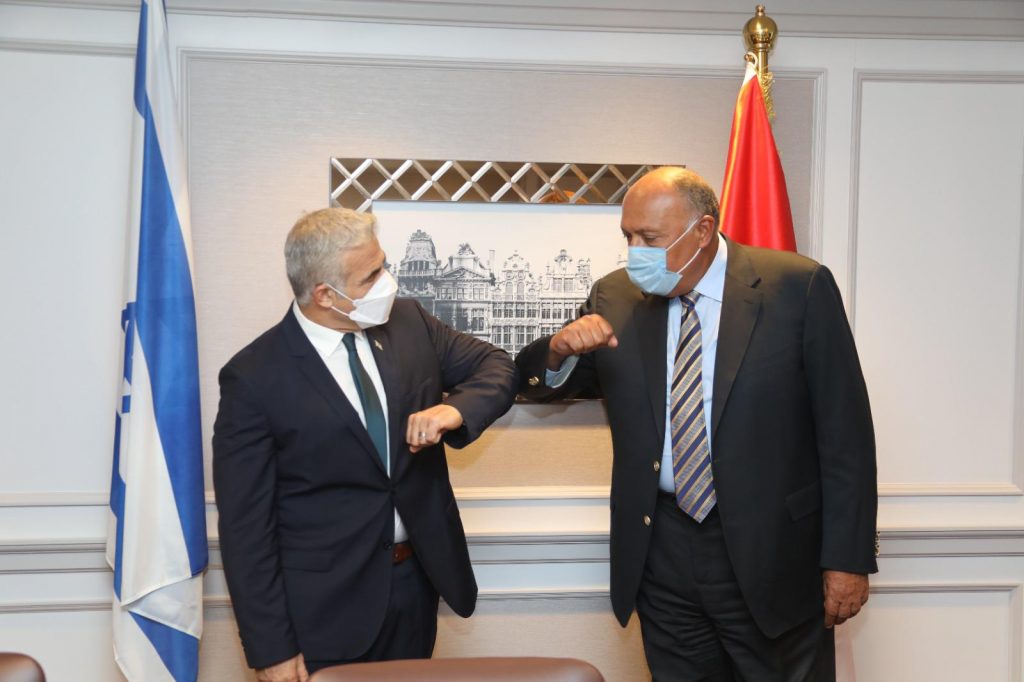 During the hour-long talk, the two diplomats discussed Israeli-Palestinian relations, with Shoukry stressing the need to launch peace negotiations and break the impasse between the sides.

Lapid and Shoukry also focused on the halting attempts to find a mechanism for rehabilitating the Gaza Strip, following the May conflict between Israel and terror groups in the enclave.

Two Israeli civilians and the bodies of two IDF soldiers are currently being held in Gaza. Avraham Avera Mengistu and Hisham a-Sayed entered the Strip of their own accord, and their families say they suffer from mental illness. Hamas is also holding the bodies of Oren Shaul and Hadar Goldin, Hy”d, two IDF soldiers who were killed during the 2014 Gaza war.

The ministers also discussed cooperation against the threat of terrorism.

Lapid also gave an interview to an official Egyptian media outlet. An interview by a senior Israeli official in an outlet affiliated with the regime has not occurred in recent years, and indicates an openness by Cairo to having official Israeli positions presented directly to the Egyptian public.

On Monday, Lapid will address 26 European Union foreign ministers in the EU Foreign Affairs Council, the first Israeli to do so since Tzipi Livni in 2008.

Lapid had a meeting with NATO Secretary-General Jens Stoltenberg on Monday, in addition to bilateral talks with several of his European counterparts.

The meeting with Egypt’s top diplomat comes six weeks after Lapid’s predecessor, Gabi Ashkenazi, was in Cairo for the first visit by an Israeli foreign minister in 13 years.

Egypt has been mediating talks in Cairo between Israel and Hamas since the end of the 11-day conflict in Gaza in May.