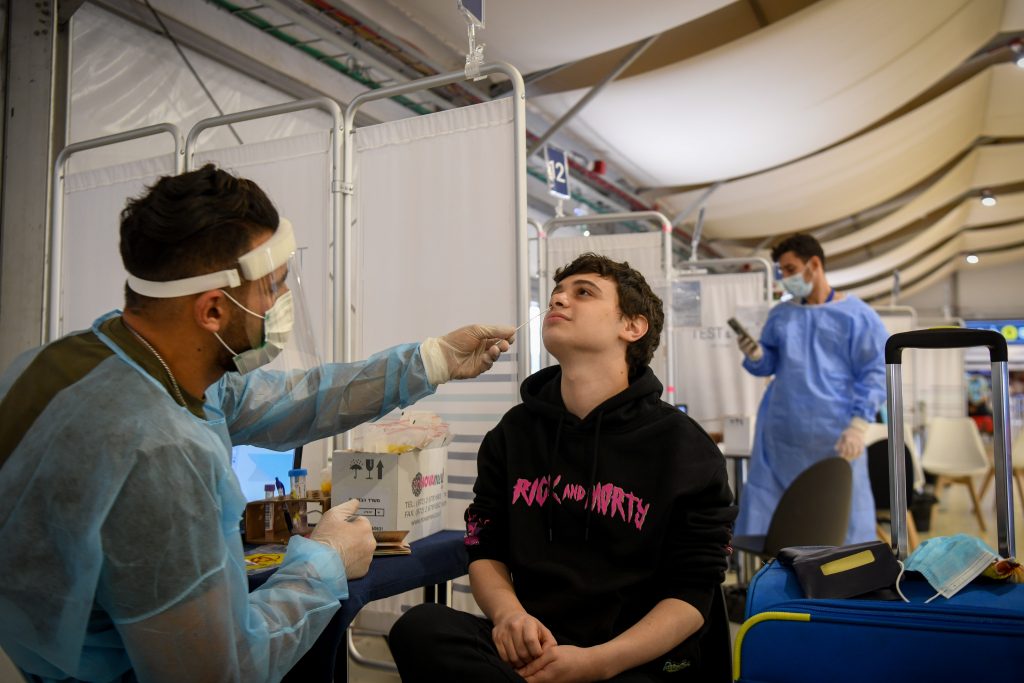 Israel on Monday resumed its campaign to vaccinate against the coronavirus after signing a new agreement with Pfizer and as the number of cases in the country continued its steady rise.

Under the terms of the agreement, Israel will receive a new shipment of vaccine doses at the start of August.

The Health Ministry on Monday morning said Israel now has 4,097 cases of coronavirus – a massive increase from the several hundred of a month ago. Most, however, have mild or very mild symptoms, a trend attributed to the country’s largely successful vaccine drive.

According to the Health Ministry, there are 47 COVID patients in serious condition in the country, including 13 people who have been placed on ventilators.

Israel had suspended vaccinations on Motzoei Shabbos but resumed the drive again on Monday morning.

A senior healthcare professional in Yerushalayim said Monday that there had been a marked uptick in the number of people getting vaccinated as infection rates rose once again.

The surge is largely attributed to a breach at Ben Gurion Airport last month that saw thousands of Israelis return from abroad without undergoing any testing.

Israel’s inoculation campaign has seen more than 5.7 million Israelis receive the first jab and over 5.1 million receive also their second shot. The campaign was extended to include children aged 12-15 last month, after the FDA approved the vaccines for this use.

On Sunday the Health Ministry’s team of epidemic experts voted in favor of giving the vaccine to children under the age of 12 in exceptional cases such as serious underlying health issues.