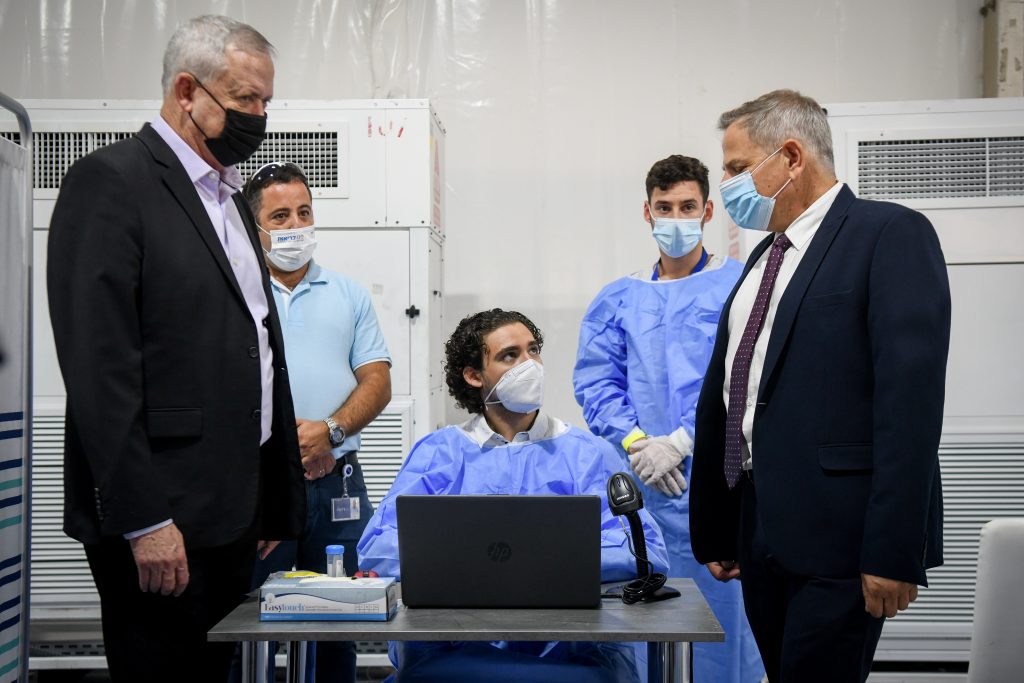 “We did not make any mistakes,” Health Minister Nitzan Horowitz declared on Monday in response to criticism of the ministry’s failure to stem the current increase in coronavirus cases, The Times of Israel reported.

Horowitz asserted that increased testing at the airport had succeeded in helping health officials “find the Delta variant and stop its intrusion,” and rejected suggestions that the government had bungled the matter by not shutting down Ben Gurion Airport entirely, as had been done under the previous government.

In a visit to the coronavirus testing facilities at the airport with Defense Minister Benny Gantz, Horowitz said they would “continue working to seal the breach at Ben Gurion Airport and ensure that every passenger who lands is tested and quarantined until they receive a result.”

Health officials have blamed the resurgence of infections to travelers who brought back the Delta variant from abroad and did not properly quarantine after arriving.

Meanwhile, on Monday night, the incoming director-general of the Health Ministry, Prof. Nahman Ash, said that due to an error at the Covid testing facilities at Ben Gurion Airport, the number of cases had been underreported.

He disclosed that for a period of several weeks, negative test results carried out at the airport were accidentally counted twice in the Health Ministry statistics, created a more favorable picture than actually obtained.

The error crept in when the company conducting airport tests was replaced by a different one in mid-June, Ash said.

But, he said, “we have identified the origin of the error and have fixed it, so that by tomorrow the correction will appear” on the Health Ministry’s daily update, he was quoted as saying by the Kan public broadcaster.