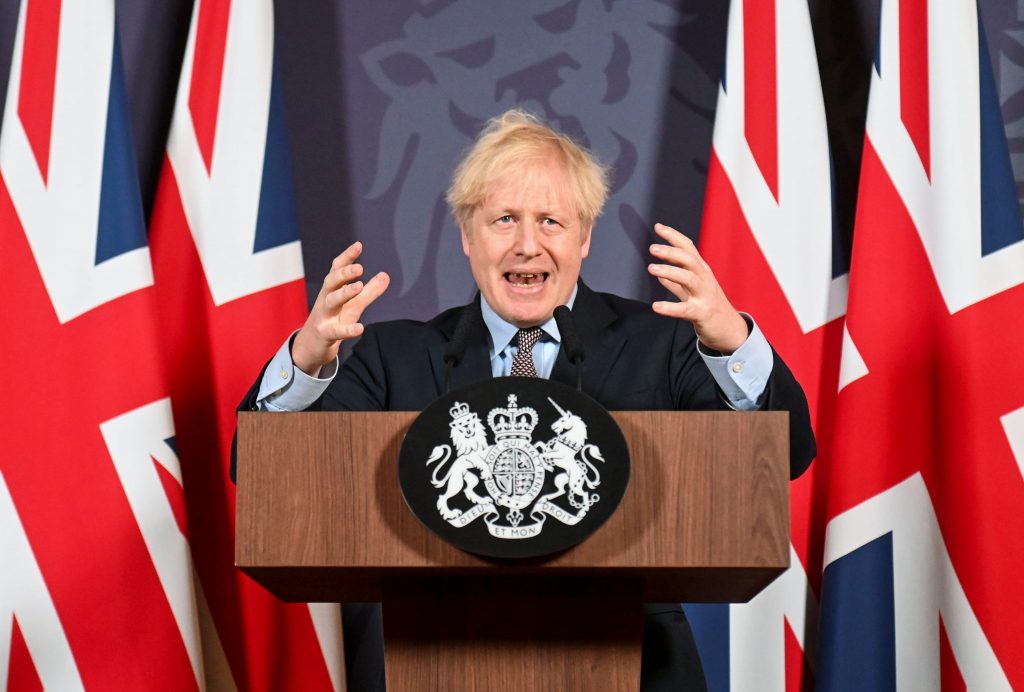 British health minister Sajid Javid urged people on Monday to show caution when nearly all the remaining COVID-19 restrictions are lifted in England next week, saying an increase in cases underlined that the pandemic was by no means over.

England will be the first nation in Britain to lift the legal requirement to wear masks and for people to socially distance from July 19, Javid announced.

But what was once billed as “freedom day” is now being treated with greater wariness by the government after a surge in cases and fears that there could be as many as 100,000 new infections a day over the summer.

Javid announced to parliament that the four conditions to relax strict curbs on behaviour had been met, but also urged people to act responsibly because the link between cases and deaths while “severely weakened” had yet to be fully broken.

“Thanks to the shared sacrifices of the British people and the protective wall of our vaccination programme, we have made huge advances,” Javid said.

“We firmly believe that this is the right time to get our nation closer to normal life… It’s the start of a new phase of continued caution.”

He said people should still wear masks in crowded areas such as public transport, that people should gradually move back to the workplace and the government would encourage businesses holding mass events to use certification as a way to open up.

Prime Minister Boris Johnson, who will confirm the decision at a news conference later on Monday, has also struck a more measured tone with more than 30,000 cases a day being reported, a surge fuelled by a new variant of the virus.

“Cases will rise as we unlock, so as we confirm our plans today, our message will be clear. Caution is absolutely vital, and we must all take responsibility so we don’t undo our progress,” he said in a statement released late on Sunday.

Britain has implemented one of the world’s fastest vaccination programmes, with more than 87% of adults having received at least one dose of a COVID-19 vaccine and 66% having received two.

The government argues that the fact that deaths and hospital admissions remain far lower than before, even though cases have risen sharply, is proof that the vaccines are saving lives and it is safer to open up.

But the surge in infections to rates unseen since the winter has prompted concern, with some epidemiologists saying the Euro 2020 soccer championships might have helped fuel the rise.

Britain, which ranks 20th in the world for per-capita reported deaths from COVID-19, on Sunday reported a further 31,772 COVID-19 cases and 26 additional deaths within 28 days of a positive test, up 31% and 44% respectively in the space of a week.