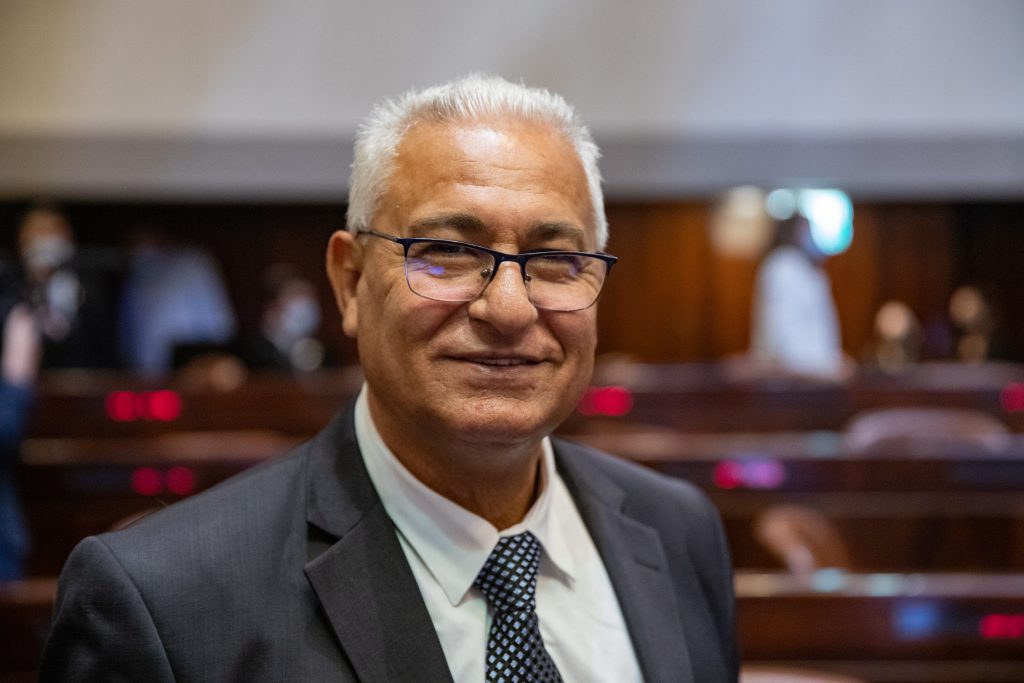 Ra’am MK Mazen Ghanaim gave an interview to a Kan 11 Arabic radio show threatening that he will dismantle the coalition if the government carries out attacks in Gaza, Channel 12 reported on Sunday.

The MK also reportedly commented on the Citizenship Law, calling it a racist law directly causing the suffering of 20,000 Palestinian families.

“There is no real harmony between [Ra’am leader] Mansour Abbas and the new government,” said Ghanaim. “Bennett and Netanyahu? Both as bad as each other. The Israeli media was recruited by the government,” he reportedly claimed.

Another Ra’am MK, Waleed Taha, tweeted on Sunday that he informed the coalition that Ra’am party would not participate in committee meetings or vote on laws until further notice.

According to analysts, Ra’am is upset that coalition officials last week approached the leaders of the Joint List to provide them with a “safety net” for voting in Knesset committees or in the plenum, following last week’s failures to pass the Citizenship Law and the IDF Draft Law.

It is worth noting that IDF has already carried out several missions in the Gaza Strip since the new government was formed, despite Ghanaim’s comments.

For example, last weekend, the IDF attacked a site for the production of Hamas weapons and a rocket launching station in response to the launch of incendiary balloons.

On the Monday night, the Citizenship Law fell in the Knesset after 59 MKs supported it and 59 opposed it. Two members of the Ra’am party, Mansour Abbas and Waleed Taha, supported the law, and two others abstained – Mazen Ghanaim and Said Al-Charumi.

Meanwhile, the government has postponed voting on new coronavirus regulations, due to the absence of a majority of the coalition from the plenum.