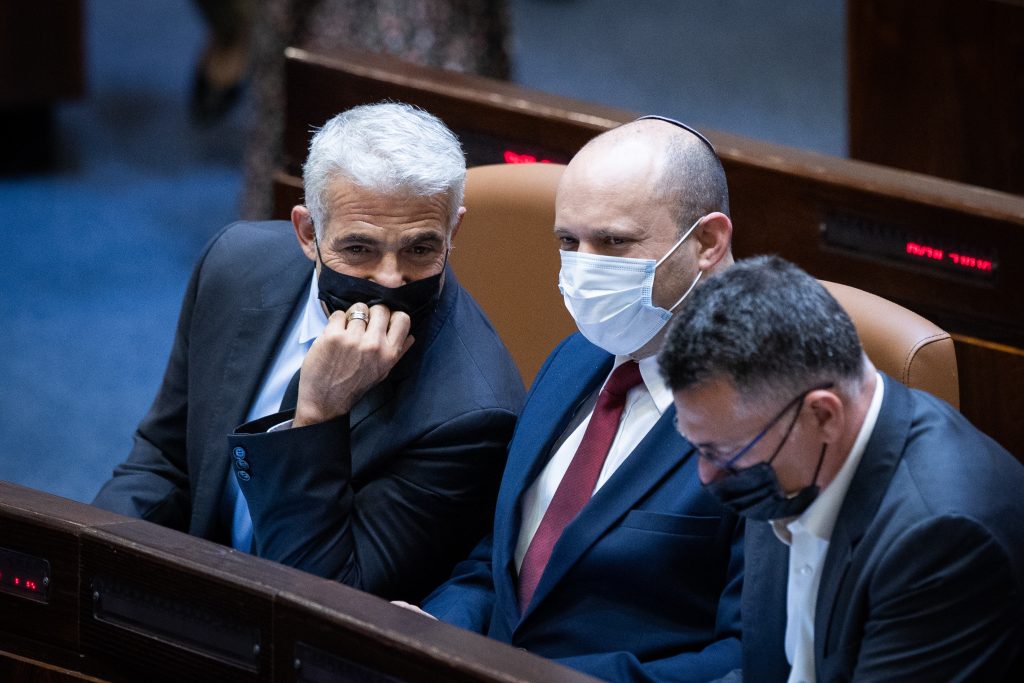 The widely held perception that while Naftali Bennett currently serves as prime minister, the real power in the government is in the hands of Foreign Minister Yair Lapid was confirmed in a poll released on Sunday.

When asked who is the “most powerful” person in the government, respondents named Lapid, but not by much.

The June 2021 Israeli Voice Index found that 26% think Lapid is the most powerful, versus Bennett with 19% , followed by Ra’am leader Mansour Abbas (11%).

Israelis trust their government’s ability to handle the recent COVID-19 outbreak, with 54% saying they trust it to a great extent or moderately trust it. However, 42% fear that someone in their family will be infected with COVID-19, the highest percentage since December 2020.

Disruptions to summer travel plans were noted. Only 7.3% of Israelis said they’ve booked and plan to take a summer vacation despite rising COVID-19 cases worldwide. 13.8% planned trips but aren’t sure if they’ll go; and 12.8% planned a trip and then cancelled.

As for Iran’s chances of getting the bomb now that Joe Biden is president, 50.5% said that they don’t rely on Biden’s recent promise to prevent Iran from obtaining a nuclear weapon while he’s in office. 40% trust the American president while 9.5% said they don’t know.