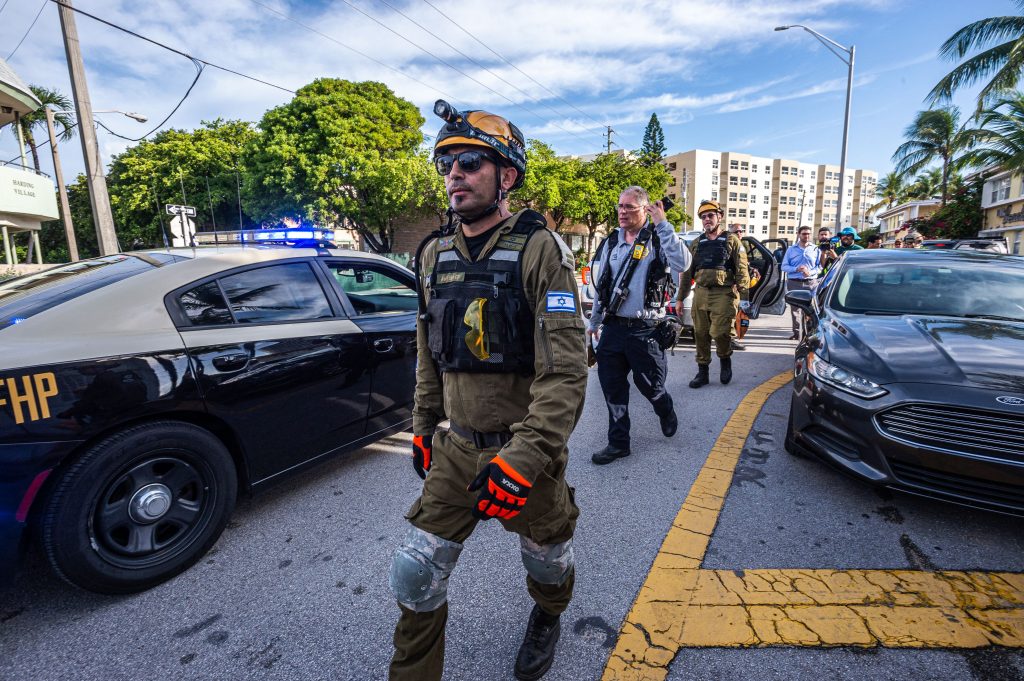 The delegation was applauded by rescue teams as a sign of gratitude for their help, as they left the site of the collapse for the last time, Kan reported.

Delegation commander Col. Golan Vach was given the key to the city as a token of gratitude. Hatzalah South Florida thanked the delegation saying “Thank you all that traveled to join efforts and brought some comfort to all of us in our community.

“We learned from this disaster, that our Family is much bigger than we ever thought.”

The number of people confirmed to have been killed in the collapse of a Miami-area condominium tower last month reached 86, Miami-Dade County Mayor Daniella Levine Cava said on Saturday.

No survivors have been pulled alive from the ruins since the first few hours after the tower partially caved in on itself early on June 24.

A large number of the dead and missing are part of Miami’s large Jewish community.

Before the team took off, the IDF said “the mission of the delegation is to assist in the life-saving efforts by mapping the challenges at the site of the destruction, assisting the Jewish community and supporting the local rescue forces.”