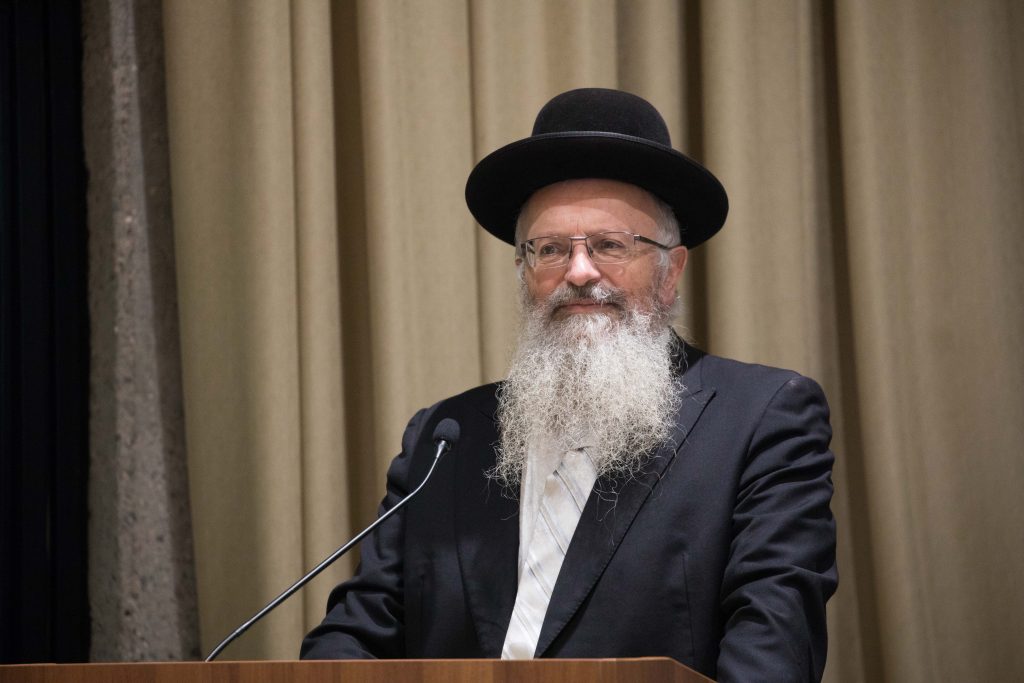 A car carrying the Chief Rabbi of Tzefas, Rabbi Shmuel Eliyahu, was attacked by Arab stone-throwers in east Yerushalayim on Sunday evening.

B’chasdei shamayim, Rabbi Eliyahu was not injured, though his driver sustained cuts on his hand, according to Arutz Sheva.

The incident occurred as they drove through the A-Tur neighborhood of the capital Sunday, when a group of Arabs hurled rocks at the vehicle as it passed by.

“I was travelling now in Yerushalayim—inside Yerushalayim—and Arabs threw stones at me, right towards my head,” Rabbi Eliyahu said, pointing to the smashed passenger-side window where he had been sitting.

“If the stone had broken through, that could have been dangerous – life-threatening. Luckily for me, I was travelling in my father’s car, and the windows were reinforced, he said, referring to his father, the late Chief Sephardic Rabbi of Israel, Rabi Mordechai Eliyahu z”l.

“They wanted to murder us,” Rabbi Eliyahu continued. “It is an embarrassment for the city of Yerushalayim, for the holy city, that there are people throwing stones trying to murder us here. It is unbelievable.”