World U.S. Has No Plans to Send Troops to Haiti Amid Political Turmoil
World 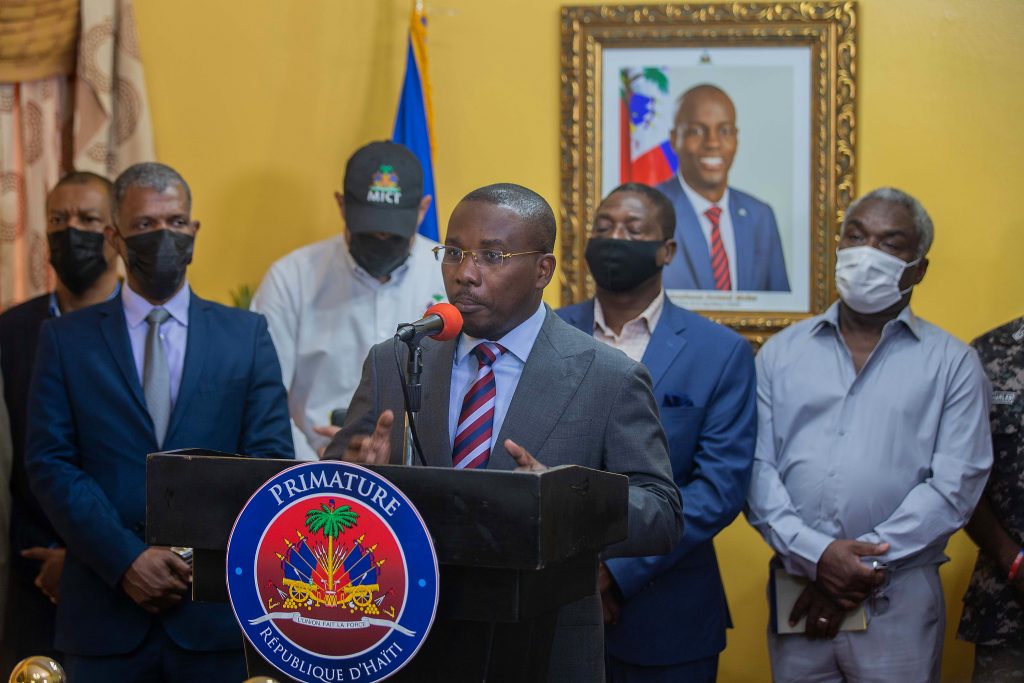 Moise’s assassination has further destabilized the already fragile political structure in Haiti, where gang violence, natural disasters and the coronavirus have all taken their toll on the hemisphere’s poorest nation.

The request for U.S. troops to protect Haitian infrastructure and prepare for planned elections came during a conversation Wednesday between interim Prime Minister Claude Joseph and U.S. Secretary of State Antony Blinken.

The White House announced Friday it was dispatching senior FBI and Department of Homeland Security officials to Port-au-Prince. That team will “assess the situation and how we may be able to assist,” White House press secretary Jen Psaki told reporters.

The State Department remains in regular contact with Haitian officials to discuss how the U.S. can assist, according to a department spokesman. The administration official and the spokesman both requested anonymity discussing diplomatic conversations.

Haitian police say Moise was killed by a hit team led by retired Colombian soldiers, and that they have detained 19 men in connection with the attack. It remains unclear who ordered the assassination.

Moise’s assassination further destabilizes the poorest nation in the Americas, which has been gripped by gang violence, kidnappings, protests and the pandemic. It hasn’t had a functioning legislature since 2020 and the head of the Supreme Court — who might have replaced Moise — recently died due to COVID-19.

Amid the request for assistance, Interim Prime Minister Joseph’s leadership position remains in doubt. Haiti’s senate, currently comprised of only a third of its usual members, nominated its head Joseph Lambert to be interim president, Reuters reported.

Joseph said Friday that he had spoken to Colombian President Ivan Duque, who had “promised full collaboration” in resolving the crime. Colombian Defense Minister Diego Molano also acknowledged that the international police agency Interpol had made a formal request for information about the suspects.

At first, the raid seemed to be meticulously planned and carried out, as the heavily-armed killers pretended to be U.S. Drug Enforcement Administration agents to gain access to Moise’s residence in the hills outside of Port-au-Prince. A judge who visited the scene told local media that Moise had been shot at least 12 times. Moise’s wife was also wounded, and was medically evacuated to South Florida.

But it appears their escape plan fell through. Less than 24 hours after the crime, Haiti’s police had killed a handful of suspects and rounded up others. At least two presumed mercenaries were caught by angry mobs, tied with rope and marched through the streets. Eleven others were found hiding on the grounds of the Taiwanese Embassy, near Moise’s home.

On Thursday night, police presented the men, sitting on the floor with their hands bound behind their backs. They also showed a cache of automatic weapons, machetes, sledgehammers, radios and what appeared to be Colombian passports that they said had been taken from the group.

One of the men Haitian police presented as an alleged member of the squad was identified as Manuel Antonio Grosso, who Colombia media said is a former paratrooper and member of the special forces. On June 6 — a month before Moise’s assassination — he posted pictures of himself on Facebook in neighboring Dominican Republic, which borders Haiti.

Colombian troops are considered among the world’s toughest after having fought against local guerrillas in jungles and mountains for more than five decades. And many have been tempted to quit their posts to become military contractors in the Middle East and elsewhere.

Prime Minister Joseph — who had been on the job for less than three months — is currently in charge of the nation of 11 million. The head of the United Nations Integrated Office in Haiti, Helen La Lime, has said that Joseph plans to go ahead with presidential and legislative elections in September, with a second round in November.

But Joseph’s hold on power is being challenged from several sides. Earlier this week, Moise had named Ariel Henry to fill the prime minister’s post. While he was never sworn in, Henry told a local newspaper that he — not Joseph — is the prime minister, but said he favored dialog to keep from “igniting” the country.