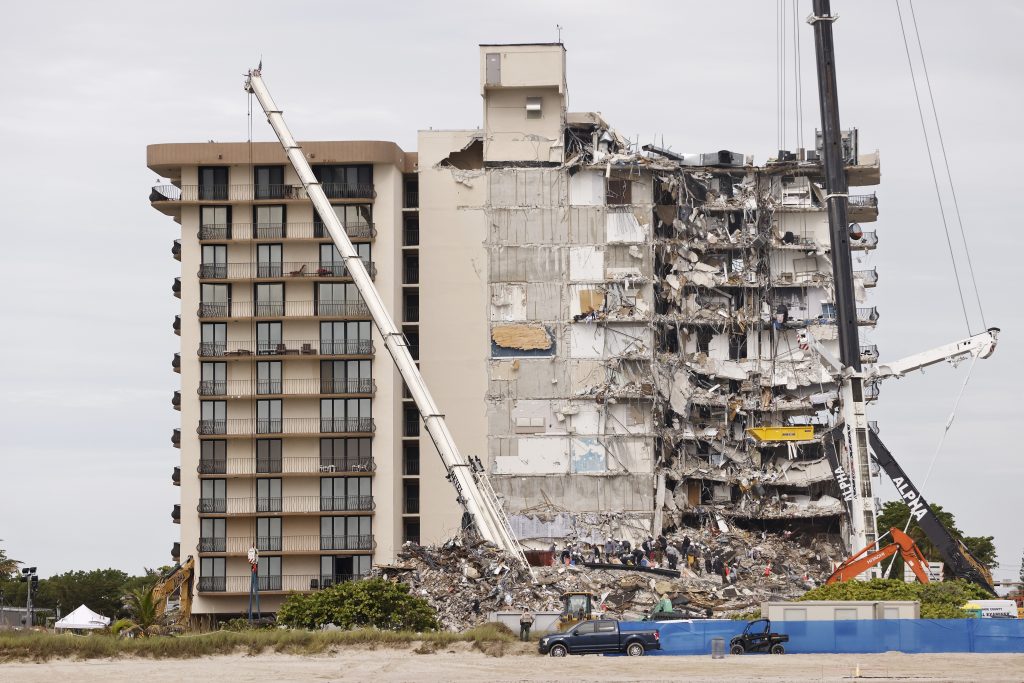 Officially referred to as the “reunification center,” the Grand Beach Hotel in Surfside, located only a few blocks away from the scene of the tragedy, quickly became the place where devastated family members gathered to anxiously wait for news, give moral support to each other, and receive trauma therapy.

Last Sunday afternoon, after the families expressed their frustration and angst over the pace of the search and rescue operations and asked to go to the site, arrangements were made to allow them to go so they could see for themselves that everything possible was in fact being done to expedite the process.

As the families walked out of the building to board the buses that would take them to the site of the building collapse, some media crews set up across the scene moved quickly to get into a position from which they could film and photograph the grief-stricken family members. Appalled at the callousness of the reporters, police officers and volunteers — including at least one member of the Chesed Shel Emes organization — rushed to try to shield the families from the photographers. Fortunately, one of the bus drivers took note and moved up his bus to block the reporters from getting a view of the families.

That evening, Gabriel Groisman, the Mayor of the nearby town of Bal Harbour, posted a message: “Dear Media: The dignity and privacy of the families of the Surfside Building Collapse is worth MUCH MORE than the clicks you can get from photographing them suffering and mourning. Please show some respect and stop clicking your cameras every time you see them.”

His message was to the media but was equally relevant to any bystander with a cellphone that has a camera option. Far too many people perceive their handheld device as an extension of their own eyes, their social media site as part of their own mind, and see no need or purpose in setting any limits for either of them. Basic decency would call for people to look away so that grieving families don’t feel the discomfort of curious eyes, but in an age of instant communication, not only is such a notion foreign to them, they instinctively film, click and post, with nary a thought about what the ramifications of such actions might be.

Pictures and videos are only part of a far larger problem. The very way social media is set up causes it to be a cesspool filled with false information, as well as data such as names of tragedy victims that are prematurely and sometimes erroneously leaked, causing extra pain and suffering to family members and close friends.

In an era when a notion like “exhibiting responsibility” is almost nonexistent in the general media and virtually unknown to the masses glued to social media, it is imperative that we constantly pause long enough to take stock of our actions, and always bear in mind our calling as Torah Jews.

We are grateful to the many readers who have told us how much they appreciate the emphasis our publication has always placed on exhibiting that sense of responsibility, and we daven for continued siyatta diShmaya in living up to our mission. n