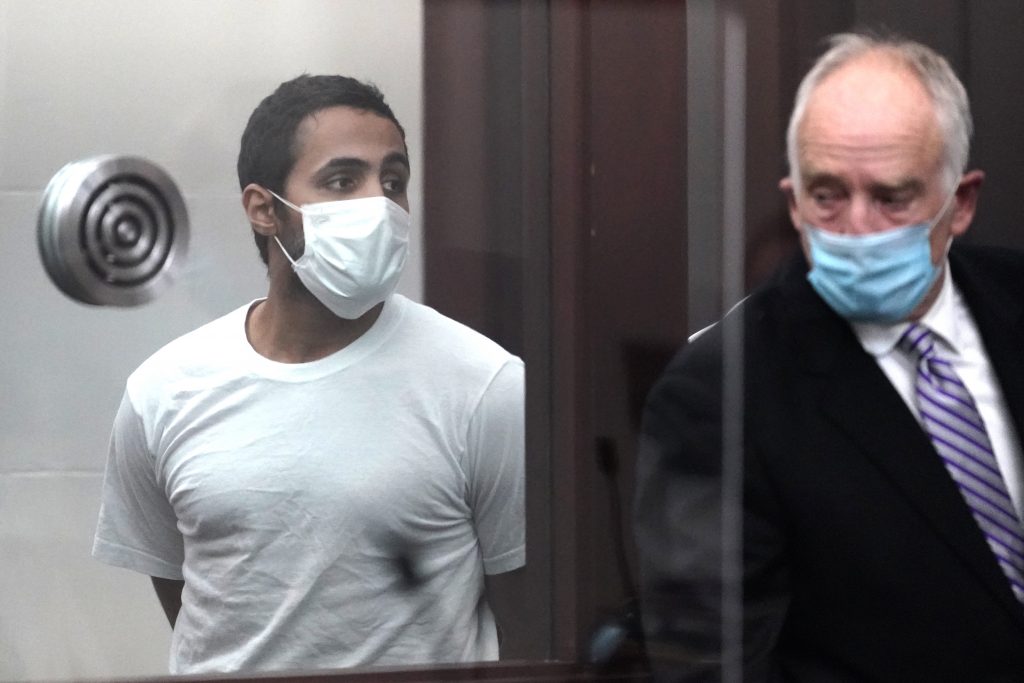 Khaled Awad, who is originally from Egypt, arrived in the U.S. with biased views against Jews, Christians and American culture, Suffolk Assistant District Attorney Margaret Hegarty said during a court hearing.

Witnesses who knew or interacted with Awad told investigators he would become angry if his views were challenged, she said.

“The witnesses also noticed that the suspect would stereotype various differences in racial groups and behavior, which included whites, Blacks and that he was especially harsh on Jews,” the prosecutor said.

Awad, 24, who has been living in Boston, was charged Thursday with a civil rights violation causing injury and intimidation with bodily injury, prosecutors said. He has already pleaded not guilty to assault and battery with a dangerous weapon and six other charges in connection with the July 1 stabbing of Rabbi Shlomo Noginski outside the Shaloh House in the city’s Brighton neighborhood.

“We believe this was rooted in antisemitism,” District Attorney Rachael Rollins said outside court.

Noginski, an Israeli citizen with 12 children, was stabbed multiple times in the arm and was released from the hospital the day after the stabbing.

Awad was seen acting suspiciously near the Shaloh House the day before the attack, when he first demanded Noginski’s car keys, Hegarty said. In addition, Noginski was wearing a yarmulke and Awad had to walk past a Menorah, suggesting that he targeted Jews, the prosecutor said.

The attack has been condemned by Boston’s Jewish community.

Awad’s court-appointed attorney, Stephen Weymouth, requested a competency evaluation. A court clinician told the judge that Awad has been diagnosed as bipolar and has not been taking his medications while in Massachusetts.

“Competency could be an issue,” Weymouth said in court. He also dismissed the idea that the stabbing was a hate crime, and said it was more likely a “crime of opportunity” in an effort to steal a vehicle.

Awad was ordered to undergo further psychiatric evaluation at a state hospital.

A dangerousness hearing scheduled for Thursday was postponed until July 29, after the evaluation.