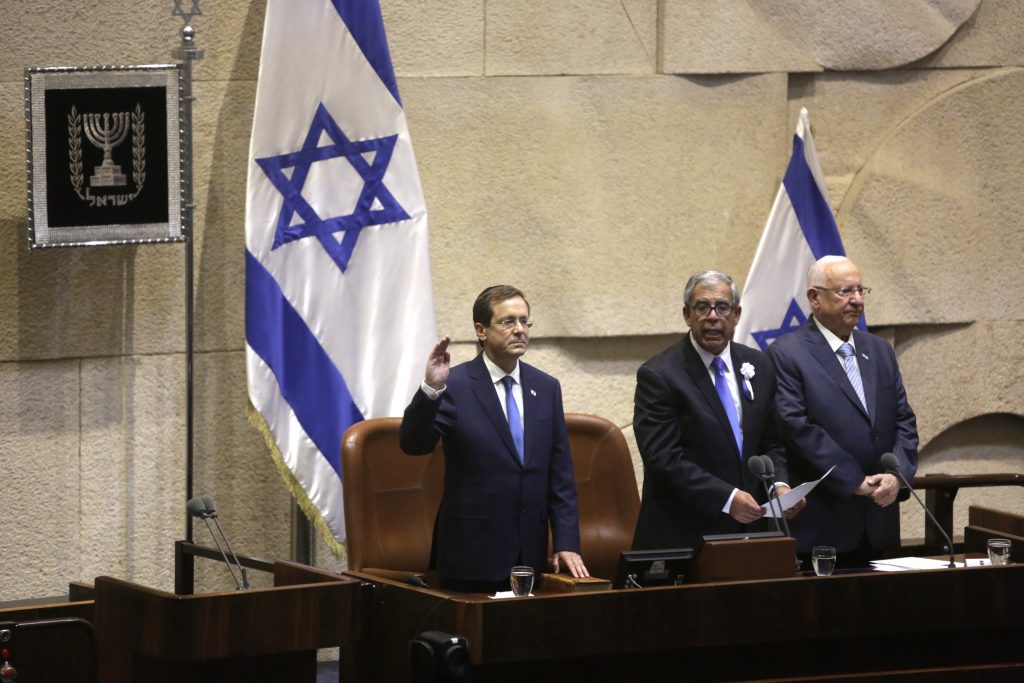 The Knesset has hopped onto the latest trend in digital artwork and presented the country’s new president with a digital copy of his father’s signed oath of office from 38 years earlier.

The Knesset presented Isaac Herzog with the NFT ahead of his inauguration as Israel’s 11th president on Wednesday.

Non-fungible tokens — or NFTs — use a version of the encryption technology employed to secure cryptocurrencies to create one-of-a-kind digital objects. The technology provides digital creations a kind of certificate of authenticity, allowing ownership of something that could otherwise be replicated endlessly.

This new kind of encrypted digital artwork has become popular and a rare few have been sold for millions of dollars.

The Knesset’s Technology and Computing Division dug out the oath of office signed by former president Chaim Herzog — father of the newly instated president — from the parliamentary archives and created an encrypted digital image. That NFT was loaned to the President’s residence and presented to President Herzog ahead of his inauguration.

The parliament said in a statement that Herzog “was visibly moved by the gesture.”

“Based on global success of NFT, it is possible that the file lent to the President’s house on a secure and encrypted mobile device is already worth millions of dollars,” the Knesset said in a statement.