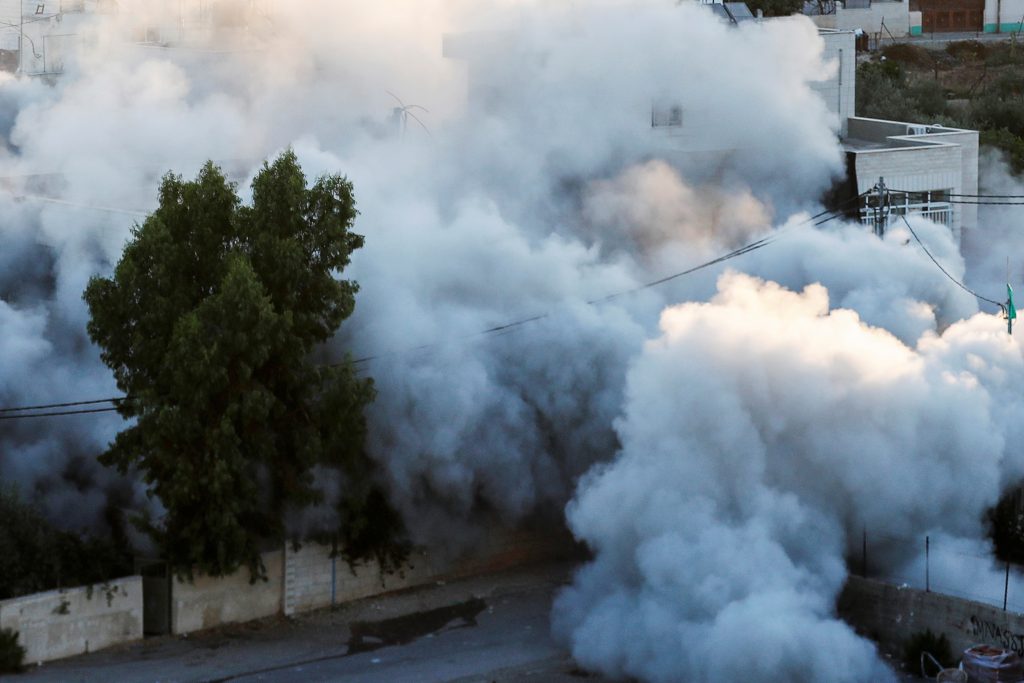 The home of Muntasir Shalabi, the terrorist responsible for the murder of 19-year-old Yehuda Guetta, Hy”d, was demolished by the IDF.

The United States slammed the razing of the family home of Shalabi.

“The home of an entire family should not be demolished for the actions of one individual,” the U.S. Embassy spokesperson in Yerushalayim said on Thursday.

“We believe it is critical for all parties to refrain from unilateral steps that exacerbate tensions and undercut efforts to advance a negotiated two-state solution, this certainly includes the punitive demolition of Palestinian homes,” the spokesperson added.

IDF troops raided and demolished the family home of Muntasir Shalabi in Turmus Aiya near Ramallah on Wednesday night. Shalabi was responsible for the murder of Guetta in a drive-by shooting at the Tapuach junction in early May.

Shalabi’s family petitioned the High Court against the demolition of their home, saying that Shalabi held U.S. citizenship and had spent several years in the U.S., meaning that his family home was not his permanent place of residence. The High Court rejected the petition on June 23, and the demolition was carried out as planned.

The IDF reported that during the demolition operation, around 200 Palestinians participated in violent riots and threw rocks and firecrackers at the security forces, who forcefully dispersed them.

Guetta, a 19-year-old student at Itamar Yeshivah, was fatally wounded in the drive-by shooting carried out by Shalabi which left an additional two students wounded.

Shalabi evaded arrest for several days after the shooting, and was eventually captured by IDF soldiers several hours after Guetta succumbed to his wounds.

An indictment was then filed against Shalabi in June for the murder of Guetta, as well as for the attempted murder of the two students he injured. An indictment was also placed against five other Palestinians for the obstruction of justice as they provided Shalabi with a hiding place during the initial manhunt.

An official at the Prime Minister’s Office rejected the criticism from the U.S. embassy: “Prime Minister Naftali Bennett respects the Biden administration but takes decisions based on Israel’s security considerations.”